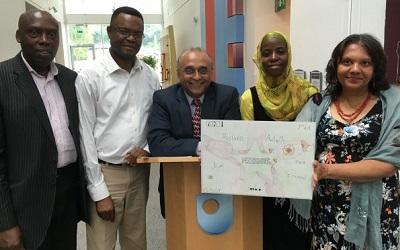 To mark the start of national Hate Crime Awareness Week, The Open University will host a Fight Against Hate Campaign Day of Action on 15 October, 2018. The day will combine a festival of songs, written and performed by children and young people from local schools, with direct asks of those in power to do more to reduce hate crime and the suffering of hate crime victims in Milton Keynes and the surrounding areas.

The campaign was launched by Citizens MK in April 2017 alongside five institutions: The Open University, the Church of Christ the Cornerstone, MK Muslim Association, Q-Alliance and St. Frideswide’s Church. In the summer of 2017, The Open University’s Library hosted an exhibition of posters produced by pupils from 5 local primary schools entered in the fight against hate’s poster competition. The exhibition was concluded by an awards ceremony held the Betty Boothroyd Room, Open University, exactly one year ago today.

Or find our more information online