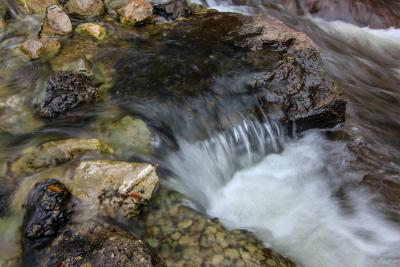 The European Commission Horizon 2020 fund has awarded the OU £459,000 for its role in FluidNET, a multi-partner EU Marie Skłodowska-Curie Actions, Innovative Training Network.

FluidNET is a four-year programme which connects a team of researchers in the Netherlands, Germany, Spain, Italy and the UK with expertise in how fluids and rocks interact. The consortium is run out of the Vrije University in Amsterdam with partners in the Westfälische Wilhelms Universität Münster, Rheinsch-Westfälische Technische Hochschule Aachen, Università degli studi Milano, Bicocca, Utrecht University and the OU.

The project will train 13 early career researchers in the network, of whom two will be based at the OU and a further three will visit for specialised training.

FluidNET’s broad team of relevant industry partners include ThermoFisher as the world’s field leader in the domain of analytical  instrumentation; BHP Australia as the world’s field leaders in metal ore resources; AMPHOS21 geochemical contractors in Spain and South America; STEAM, geothermal energy exploitation Tuscany Italy; IF Technology, thermal resources based in The Netherlands; and LPRC, a research contractor which is acting between government and private industry focussing on improving standards of responsible metal ore exploration and exploitation. They will all supply experience sharing in the training of the early career scientists.

“Water, the research focus of this training network, is arguably the most important volatile phase in the Earth’s continental crust, playing a key role in its formation, melting, deformation and destruction. How water and rocks interact is important for understanding volcanic explosivity, the formation of economic ore bodies and the longevity of hydrothermal energy systems. A new generation of skilled professionals capable of working with complex systems and making interpretations and predictions based on large and incomplete datasets is needed to truly advance this crustal fluid research and thus impact society and industry. This project addresses that need.”

Read more about OU Research in the School of Environment, Earth and Ecosystem Sciences