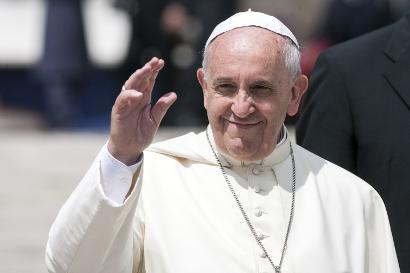 Although this Year of #Mygration mostly revolves around Open University engagement with migrants and migration, we intend to mark various national or international days of relevance. For example, this Sunday, 14 January, is the Catholic Church’s World Day of Migrants and Refugees while Monday, 15 January is the USA’s Martin Luther King Day.

The scale of the first of these is shown by the fact that there are over one billion Catholics in the world, one in every six people. The Catholic Church has been holding World Migrant Day every year since Pope Pius X inaugurated it in 1914. Nowadays, the title is the World Day of Migrants and Refugees. Pope Francis distributed his message for 14 January 2018 way back in August 2017 to encourage months of reflection on attitudes and actions, summed up in four verbs: to welcome, protect, promote and integrate migrants.

Why has the Catholic Church dedicated such a day to migrants for over a century? Just before the First World War, Pope Pius X’s focus was on supporting the huge numbers of Italians who were emigrating in search of work. He was worried that they might lose their faith and encouraged priests to travel with them. In the next decade, the Bergoglio family were among those following suit, in their case to Argentina where, in the 1930s, their son was born. He became Pope Francis and made his first visit outside Rome as Pope to Lampedusa. By now, of course, the focus was much more on how the Church and others should welcome migrants.

The opening paragraphs of Pope Francis’s message can be read below:

“You shall treat the stranger who sojourns with you as the native among you, and you shall love him as yourself, for you were strangers in the land of Egypt: I am the Lord your God” (Leviticus 19:34).

Throughout the first years of my pontificate, I have repeatedly expressed my particular concern for the lamentable situation of many migrants and refugees fleeing from war, persecution, natural disasters and poverty.  This situation is undoubtedly a “sign of the times” which I have tried to interpret, with the help of the Holy Spirit, ever since my visit to Lampedusa on 8 July 2013.  When I instituted the new Dicastery for Promoting Integral Human Development, I wanted a particular section – under my personal direction for the time being – to express the Church’s concern for migrants, displaced people, refugees and victims of human trafficking.

Every stranger who knocks at our door is an opportunity for an encounter with Jesus Christ, who identifies with the welcomed and rejected strangers of every age (Matthew 25:35-43).  The Lord entrusts to the Church’s motherly love every person forced to leave their homeland in search of a better future. [1] This solidarity must be concretely expressed at every stage of the migratory experience – from departure through journey to arrival and return.  This is a great responsibility, which the Church intends to share with all believers and men and women of good will, who are called to respond to the many challenges of contemporary migration with generosity, promptness, wisdom and foresight, each according to their own abilities.

In this regard, I wish to reaffirm that “our shared response may be articulated by four verbs: to welcome, to protect, to promote and to integrate”.[2 ] …