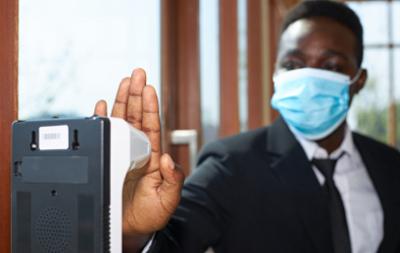 A short film is being produced to investigate race-related health issues, in the context of the COVID-19 pandemic.

The project, funded by The Open Univesity (OU), will be led by Sas Amoah, Digital Media Producer at the OU, who is producing a short film to be published on the OpenLearn Race and Ethnicity hub.

Find out more about this in-depth study at the OU COVID-19 Research: Online Learning and Education Seminar which will take place on 27 May 2021.

"In light of the disproportionate impact of COVID-19 on Black and Minority Ethnic people, this film seeks to explore some of the reasons for this disparity in addition to looking at the wider health inequalities that exist in relation to race.

"This research will have contributions from a variety of academics whose research look at health inequalities from historic, social and scientific perspectives."

The short film, which is being produced by Sas and others at the OU’s Open Media and Informal Learning (OMIL), will build on government findings published in 2020 which found that Asian and Black groups had between a 10 and 50% higher risk of death than people of white British ethnicity.

The aim is that the production will be able to support both BAME (Black, Asian, and minority ethnic) staff and students in addition to members of the general public.

As the Public Health England report, Understanding the impact of COVID-19 on BAME groups, states:

"This film will hopefully serve as an important and timely reminder that issues of race discrimination can not only affect the quality of one’s life but whether one gets to live at all. The insidious nature of health inequality is often overlooked and it’s important that we continue to shine a light of the forms of structural prejudice brought to our attention during this pandemic."

Find out more about Online Learning and Education