Research into the benefits of music for healing 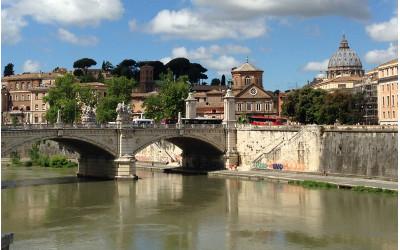 An OU academic has received funding to research the benefits of music for health.

Dr Naomi Barker, OU Senior Lecturer in Music, has received just under £60,000 from the Leverhulme Trust to explore connections between the treatment of disease based on the study of medicine, concepts of healing founded on religious thought and the practice of music during the period c.1550-1700. Her research is focused on the Ospedale di Santo Spirito in Sassia, Rome.

“The rapid dissemination through social media of video images of communities singing and making music in response to the Coronavirus pandemic is a modern phenomenon, but communities turning to music as a resource in the face of ill health is not new,” said Dr Barker.

The Ospedale was run by a monastic style order of hospitallers founded in the twelfth century. By the sixteenth century, supported by powerful papal patrons, it had become a centre of medical expertise and significant musical activity. An organ was built in the hospital ward and there is some evidence of it being used for a form of proto-music therapy.

During the, project which will run until December 2022, Dr Barker will use unpublished documents from the Ospedale archive held in the Archivio di Stato in Rome in order to contextualise musical practices in relation to the theological and medical concepts contemporary with them.

She says: "The triangulation of music with religion and medicine, in theory and practice, is an innovative approach to the study of baroque music which will offer new insights into perceptions and functions of vocal and organ music. While my research was started long before the pandemic, there are some striking parallels emerging around music and mental health that may enable lessons to be learned from the past."

Find out more about OU research in music