Romance is about more than lavish gestures, according to couple’s researcher 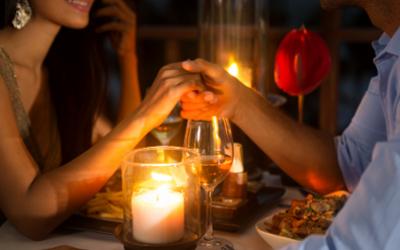 Research has revealed that romance is found more in routine daily interactions than in sweeping gestures performed on Valentine’s Day.

Conducted by Jacqui Gabb, OU Professor of Sociology and Intimacy, the research has provided insights into intimacy and sexuality in families and inputted last year into a Paired relationships app designed to improve relationship quality through daily prompts that will establish positive behavioural change.

“Routine daily interactions are at the core of how families and couple relationships function, more so than big gestures or culturally-valued days such as Valentine’s Day,” said Professor Gabb.

“Valentine’s Day is probably best seen as one day in 365 rather than a meaningful event in the relationship. Couples should perhaps see it as a launchpad; the start of a commitment to the relationship and daily gestures that show how much it means.”

In order to capture these everyday practices and moments, Professor Gabb used a conceptual framework with emotion mapping tools to investigate living relationships.

Her top three findings were:

Some of Professor Gabb’s research findings have been adopted by Relate, the UK’s largest provider of relationship support; they also changed the strategic priorities of Brook, the UK’s only charity to offer clinical and sexual health education and wellbeing services to young people.

Paired achieved 100,000 downloads, with over 8,000 daily users in its first three months (October to December 2020). It has achieved critical acclaim, winning the ‘personal growth’ category in the 2020 Google Play award and Apple ‘apps we love’. A full report into its impact will be available in March 2021