Samples from asteroid could reveal secrets of the Universe 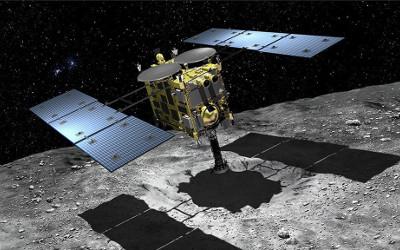 Open Univeristy (OU) scientists have received samples from an asteroid which could reveal the secrets to how our Solar System formed.

The spacecraft ‘Hayabusa2’, launched by JAXA (Japan Aerospace Exploration Agency) in December 2014, travelled over 5 billion kilometres before flying past the Earth in December 2020 to deliver its particles by parachute in a sealed canister to the Australian outback.

The secrets contained within the extraterrestrial materials from asteroid Ryugu could determine how much water asteroids delivered to Earth billions of years ago, and even how the entire solar system evolved.

The OU is one of the first non-Japanese institutions to receive these precious samples.

Dr Richard Greenwood said: “The samples returned from asteroid Ryugu are quite simply the most important space materials ever collected. Our Japanese partners have done an amazing job and demonstrated that these samples are essentially the same as the material from which our Solar System formed. But one piece to the jigsaw is missing – Oxygen! At The Open University we are world leaders in the analysis of oxygen isotopes. Our measurements are critical to unlocking the secrets from the Dragons Palace.”