Sexual violence may be in the Hollywood spotlight, but there are limits to speaking out 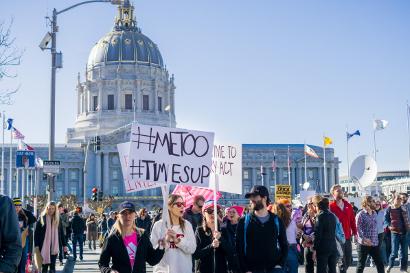 The entertainment award season hits its peak with the 90th Academy Awards – the Oscars – on March 4 2018. Since the public outing of Harvey Weinstein as a serial sexual abuser, award ceremonies have become spotlights to display solidarity and declare time on sexual harassment and gender inequalities in and beyond the film industry.

Beginning with the Golden Globes and repeated at the BAFTAs and others around the world, high-profile actors have worn black to demonstrate solidarity and highlight the work of anti-violence activists on the red carpet as their plus ones. The Time’s Up movement aims to translate this awareness into practical support for all survivors, including a legal fund for working-class women to fight for equality and justice.

Given all this airtime, various commentators hold hope that this year’s Oscars will make history not only in terms of nominations and awards for black, women, transgender and young stars but also in continuing a united stance against sexual violence.

Breaking the silence around sexual violence has been an important strategy for this movement. Take #MeToo, originally a campaign created by woman of colour activist Tarana Burke 12 years ago, which has in more recent times gone viral, resulting in 12m survivors sharing their stories on social media. The impact of breaking the silence on sexual violence in and beyond Hollywood has been lauded as Hollywood actors, alongside hotel housekeepers, activists and agricultural workers, collectively known as the silence breakers, became Time magazine person of the year for 2017.

The importance of speaking up and telling the truth is stressed more and more. In her speech as the first black women to receive the Cecil B. de Mille award at the 2018 Golden Globes, Oprah Winfrey claimed that “speaking your truth is the most powerful tool we all have”. She then shared the story of Recy Taylor, who died ten days earlier. Recy Taylor was a black woman who was raped in Alabama by six white men in 1944. The case drew national attention as a key moment of injustice for black women as two all-white, all-male juries failed to indict the white men.

With the world watching, the stories of sexual violence are being illuminated in the Hollywood spotlight. But, as the story of Recy Taylor suggests, there are limits to speaking out within a deeply unjust world. Not all survivors are safe to speak out. Some survivors are not believed and can face harmful consequences. After years of feminist campaigning and legal reform, many still see their rapists and abusers avoid being held accountable.

We need to be mindful that the act of speaking out in public is risky, far from safe for all victims and survivors. As such, the history of sexual violence activism is entwined with black, queer and working-class resistance to the state, including police, prisons and the criminal legal system.

Research has demonstrated that survivors that come forward to report sexual violence struggle to be seen as credible victims of crime by police officers. Reporting sexual violence is particularly challenging for communities who are targets of state harassment, including poor and working-class black and minority ethnic, queer, transgender and non-binary groups and sex workers. Negative consequences are amplified. These can include loss of homes, family, friends, jobs – as well as risk of arrest, imprisonment or even deportation if a victim has insecure immigration status.

There is a drive to increase legal powers to solve sexual violence in the fight against gender-based violence. This is a strategy known as “carceral feminism” (literally: relating to prison). Legal reform may seem progressive, but the protections that legal solutions offer survivors become harmful when we recognise that they extend from a deeply unequal system.

In the US for example, mandatory arrest policies requiring the police to make an arrest when responding to a domestic violence call-out led to many survivors being wrongfully arrested. This pattern has also been identified in the UK by the Prison Reform Trust, who found that domestic violence victims were repeatedly arrested, rather than their abuser. Women reported committing offences to protect a partner, support a partner’s drug use, or under pressure from their partner. Meanwhile, case work by English Collective of Prostitutes has demonstrated how sex workers are being failed by the police.

The scholarship and activism of Beth E Richie, a professor at the University of Illinois and founding member of INCITE!, has highlighted how domestic violence is a key pathway to prison for black working-class women. Likewise, in the UK the Prison Reform Trust has found that 57% of women in prison have experienced domestic violence. 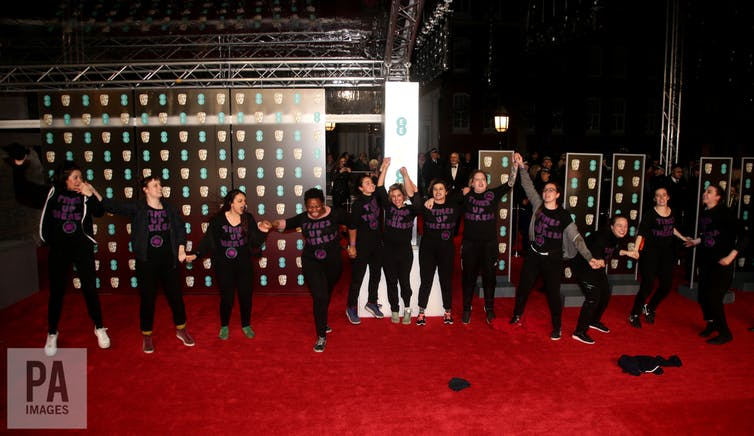 Despite all this – and even though the number of complaints made against police handling of sexual and domestic violence cases have soared in the UK – the drive to increase police powers and conviction rates lies at the heart of Theresa May’s new Domestic Violence and Abuse bill. This bill is similar to the landmark Violence Against Women Act in the US that has subsequently set the expansion of legal powers to address sexual and domestic violence into motion during the 1990s.

As black feminist poet and activist Audre Lorde warned us, “the master’s tools will never dismantle the master’s house”. The point here is that the legal system has been built to protect the powerful. Reforming this system will never lead to justice for all. We therefore need to re-imagine justice beyond the criminal legal system.

As Ericka Hart and Ebony Donnely, hosts of the Hoodrat to Headwrap podcast, spell out in their discussion of the Golden Globes: “We need to change the conditions in which the truth is told.” This means also imagining diverse strategies beyond the criminal legal system and drawing public attention to the violence of state welfare cuts to specialist services for survivors of domestic and sexual violence.

Much of this slow and difficult work is happening outside the spotlight by survivors of colour in organisations such as INCITE!, Sisters Uncut, Imkaan and Creative Interventions.

The strategy of speaking out can only take us so far. Power inequalities mean that some survivors in marginal groups will never be safe to speak out. Instead of protecting victims, legal solutions can exacerbate violence and harm for the most vulnerable.

We should seize this moment to recognise the pitfalls of the criminal legal system, invest in independent specialist services and solutions that place the most marginalised victims and survivors at the centre. Speaking out demands us all to take responsibility to nurture a culture in which we can support and believe all survivors.