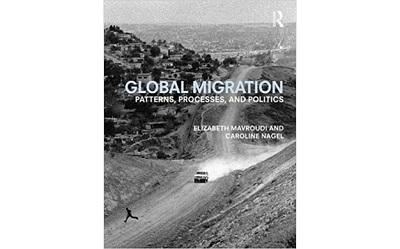 The figure of the migrant looms large in our consciousness. The media regularly show images of African or Syrian migrants crossing the Mediterranean, or feature discussions on Brexit Britain and questions of European labour mobility. The impression given by such coverage is that migration is primarily from countries in the developing world to Europe, or what we might term global south to global north migration. And this pattern is one repeated in North America, with the Trump presidency drip-feeding anti-immigration statements and fashioning policies to ‘secure’ the USA against migrants from what it deems undesirable parts of the world.

But this south-to-north narrative is only a small part of the picture. For an accessible overview of global migration, Global Migration: Patterns, Processes, and Politics by Elizabeth Mavroudi and Caroline Nagel is a great place to start.

I’m particularly interested in migration to, from and within Africa and, as a result, my first piece of research in this area looked at the African diaspora in the UK. More specifically, I investigated south-to-north migration and the links these migrants maintain with their countries of origin. When we think about African migration, again there may be a perception that lots of Africans come to Europe. Shops selling African food or cloth are familiar in parts of many European cities, your taxi driver could be from Somalia, and the doctor who treats you might well have travelled from Nigeria. However, data shows that African migration is primarily intra-continental; that is within Africa and, as such, it forms a major part of wider south-south migration flows. In 2000, for example, 75% of all African migrants lived in another African country, while only 16% lived in Europe, 5% in America, 4% in Oceania and 0.3% in Asia.

Some of these intra-African flows are of long standing. In parts of West and East Africa, nomadic herders have always crossed international borders that were created artificially by the colonising powers. We also see people displaced by conflict moving in haste to a neighbouring country. This happened following the conflict in Rwanda in the early 1990s and is happening again today with the major movements of South Sudanese into Uganda. But much of the migration within Africa takes place for more planned, economic reasons. The spread of Nigerian banks across West Africa, for example, has seen a similar movement of Nigerian executives to set up and run their international branches. That’s why, when we think about migration, it’s crucial to consider it in a global context. And why, in my next post, I’ll be taking a closer look at Chinese Migration to Africa. 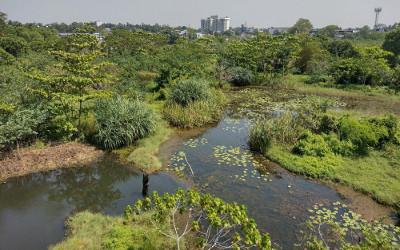