From Urbanite to Astronaut: The Territorial Economics of Space 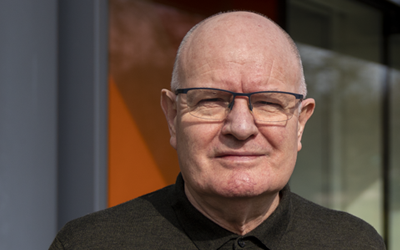 The Open University hosted Leslie Budd’s inaugural lecture on 10 May 2022.

In lecture, Leslie Budd, Professor of Regional Economy in the Department of Public Leadership and Social Enterprise (PuLSE) at The Open University Business School explored the recent increase in public interest in space exploration and the future of using urban and regional economics for assessing its impact.

He pointed out how the recent increase in public interest in space exploration has both supported and questioned the value of this important branch of scientific discovery and its societal applications. Examples include the NASA Mars Preservation Rover landing and in the last 20 years the European Space Agency (ESA) has contributed significant funding to the International Space Station (ISS), leveraging advances in space science whose multi-disciplinary impacts have led to the identification, evaluation and potential measurement of a wide range of socioeconomic benefits. Until recently, the contribution of these benefits to economy and society has tended to be overlooked.

Leslie Budd is an economist who is internationally known for his work on regional and urban economics in the context of global issues, the digital economy, the socioeconomic impacts of BREXIT and evaluating the socioeconomic benefits of space exploration. He is currently Director of the Space Exploration and Analysis Research (SPEAR) cluster in the Faculty of Business and Law and Visiting Professor at the Centre for Brexit Studies, Birmingham City University.

Leslie has undertaken economic and financial analysis for a number of regional, national and international organisations. These include the Corporation of London, the Small Business Service, the Capital Market Authority in Riyadh; and the Iraq Ministry of Planning. Between 2014 and 2016 he was Special Economic Advisor to the Committee for Enterprise, Trade and Investment Committee of the Northern Ireland Assembly, producing research and policy briefings, for example the consequences of devolved taxation and the impact of BREXIT on the Northern Ireland economy.