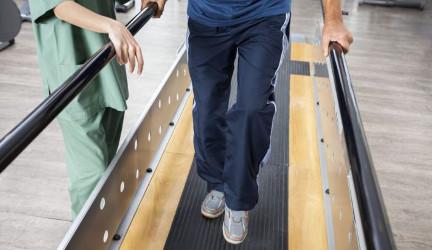 Research led by an OU PhD student has found that wearable haptic devices can improve how a patient affected by Huntington’s Disease walks.

In a paper published in JMIR Rehabilitation and Assistive Technologies, Dr Theodoros Georgiou, now at Heriot-Watt University and his co-authors, describe how haptic rhythmic cueing (RHC), a process which uses a wearable device to stimulate movement, may have benefits for the way in which people living with Huntington’s Disease walks and merits further investigation.

According to the paper, Huntington’s Disease is an inherited genetic disorder that results in the death of brain cells. Its symptoms generally start with subtle changes in mood and mental abilities; they then degenerate progressively, ensuing a general lack of coordination and an unsteady gait, ultimately resulting in death.

The objective of this case study was to investigate whether RHC can be applied to improve gait coordination and limb control in people living with this disease. While not offering a cure, therapeutic outcomes may delay the onset or severity of symptoms, with the potential to improve and prolong quality of life.

Watch the video to see how the research was conducted:

Dr Simon Holland, Senior Lecturer in Computing at the OU, who supervised Dr Georgiou’s PhD from 2014-2018, and has worked in this field since 2009, said:

“This is the first time anyone has used haptic cueing with Huntington’s Disease, which is a terrible condition, and where any alleviation would help. It is also the first such use of this research - having previously moved out of the lab into community situations - in the context of a residential care home.”

“We are pleased to see our approach of using haptic rhythms for rehabilitation successfully extending beyond the initial scope of brain injury and stroke survivors, potentially extending periods of independent mobility for people with uncurable conditions such as Huntington’s Disease.”

The study, partly funded by the Goldcrest Charitable Trust, was conducted in 2018 and since then the team has undertaken further research in this area with a larger sample size on people living with multiple sclerosis, Huntington’s Disease and those recovering from stroke and brain injury to validate their findings. 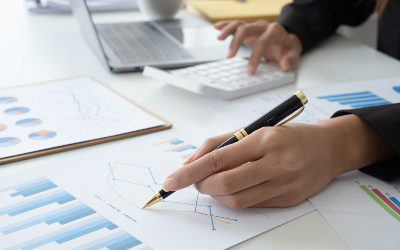