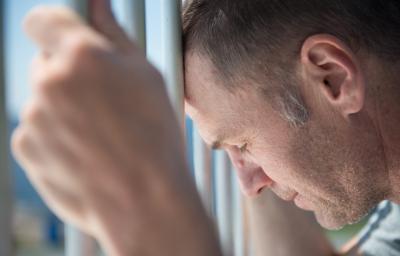 The pandemic has worsened already dire conditions for prisoners since the UK Prison Service locked down the prison estate last year. Following drastic changes to the regime, most imprisoned people have since spent between 22 and 23 hours in their cells every day. Since then, there have been wide reports of severe isolation, despair, frustration and worsening mental wellbeing.

As part of these measures, face to face visits from family, access to education classes and offending behaviour programmes, and use of facilities such as the gym and library were all suspended. In seeking to minimise the spread of COVID-19, the Prison Service has created a scenario where prisoners are largely unable to meet the conditions of their sentence plans, see their loved ones or socially interact.

While the pandemic has had devastating consequences for prisoners, many of their experiences were already characterised by pain and deprivation. That’s largely because prison is an inherently harmful environment in part due to uncertainty, dehumanisation, routine surveillance and a lack of autonomy.

However, for individuals who differ from the sort of person most prisons in the UK were originally intended to contain – young able-bodied, English-speaking, hearing, males – these pains are amplified. Groups like women and older people, for example, have experienced significant issues in prisons for years.

These pains are particularly acute for prisoners who are deaf or Deaf. Those who are Deaf with a capital D are users of British Sign Language (BSL) - a visual language structured differently to written and verbal English. These individuals are considered part of the Deaf community, where Deafness is valued as part of their identity. Whereas deaf people are those who have difficulties in hearing, who often use spoken and written English and view their deafness as an impairment. 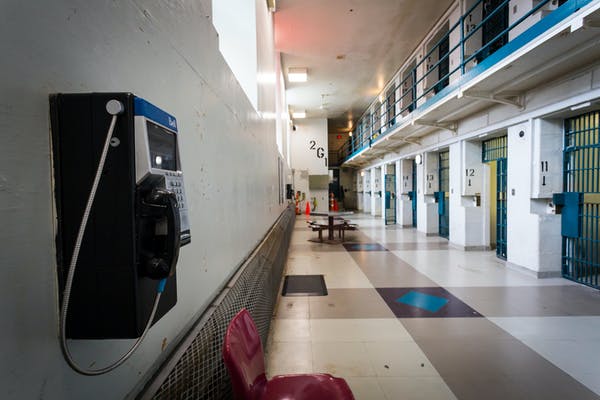 Issues of accessibility for d/Deaf prisoners make communicating via the telephone extremely difficult.

Many prisons are ruled by sounds like tannoys, bells, alarms and voices. Without access to sound adjusting equipment, the provision of which is inconsistent and sometimes non-existent, d/Deaf prisoners can become very isolated and confused, commonly feeling like they have little option but to withdraw from social life and prison more broadly. What’s more, without being able to hear, incarcerated d/Deaf people often have difficulty in meaningfully engaging in education, training or rehabilitative programmes that rely on English (written and spoken) for communication.

Similarly, important information (such as prison rules) is provided in a written format which cannot easily be understood by many Deaf prisoners because BSL is visual and structurally different to verbal and written English. This can lead to confusion about how they’re expected to behave. This combined with a lack of access to relevant programmes and courses can result in increases to the length of prison sentences, as it leaves Deaf people unable to fulfil the requirements of their sentence plans.

One way for d/Deaf prisoners to attempt to manage formal aspects of prison like form filling is to seek help from their loved ones during visits. However, without adjustments such as BSL interpreters or hearing aids, d/Deaf prisoners often have difficulties communicating during visits. Issues with contacting loved ones are more fundamental though, given that a key way of maintaining contact is via the prison phone, and without equipment such as minicoms (a phone that allows people to transmit typed messages down the phoneline), phonecalls are often unviable for d/Deaf prisoners. 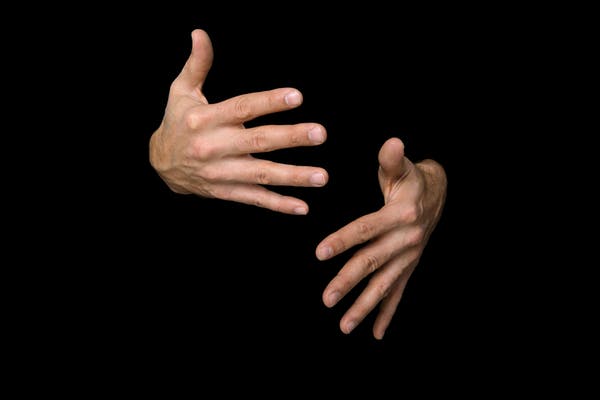 A lack of understanding of British Sign Language among prison staff carries the danger of treating signing as problematic.

It’s also common for imprisoned people to use social interaction and engagement with other prisoners to make prison life more manageable. Yet a lack of access to hearing aids can also lead deaf prisoners to withdraw.

For Deaf prisoners, a lack of access to others who can communicate in BSL can lead to almost complete isolation, something which clearly chimes with the experience for many prisoners during COVID-19. This can become akin to a form of enforced solitary confinement, creating an eerily lonely existence.

Exclusion, isolation and loneliness all characterise d/Deaf people’s typical experiences of prison. The consequences of dealing with these issues can be fatal, as highlighted by the suicide of Tyrone Givans, who was deaf, in HMP Pentonville in 2018. Tyrone did not have access to his hearing aids during his sentence, which was found to be a contributing factor to his death.

Adjustments to help d/Deaf prisoners to access all aspects of the prison environment are possible, but they require awareness, resources and will on an individual, organisational and political level, of which there is often little. Access to BSL interpreters is often underwhelming and inconsistent in prisons, despite how much it could help to combat exclusion for Deaf prisoners. Placing multiple Deaf people together could also have significant benefits, including communicating freely with others.

However, these benefits are only meaningful if staff are sufficiently Deaf aware, which is a challenge given that evidence suggests Deaf awareness among prison officials is uncommon. Without this knowledge, staff may fail to understand why it’s important for Deaf prisoners to interact and be around each other. This lack of understanding also carries the danger of treating Deaf behaviours like signing as problematic. It’s an issue that can provoke suspicion that Deaf prisoners are plotting against staff and other prisoners, which in some contexts may lead to attempts to prevent signing altogether.

The devastating impact that COVID-19 has had on imprisoned people across the prison estate is likely to lessen a little as lockdown restrictions ease (as began in a very limited way on 29 March, with plans to allow social visits to restart). However, without meaningful change the isolation, loneliness, and exclusion that characterise the pandemic prison will likely remain for d/Deaf prisoners not only beyond lockdown, but indefinitely.