Day 108, Year of #Mygration: Windrush, Songs In A Strange Land 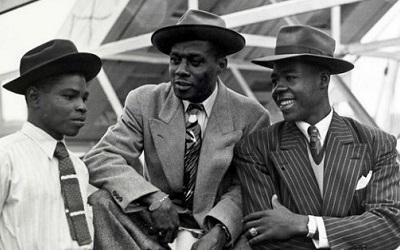 Welcomed by some as ‘Sons of Empire.’ Vilified by those spreading fears of a ‘black invasion.’ 70 years since the Empire Windrush carried hundreds of migrants to London, hear the Caribbean voices behind the 1940s headlines. Why did people come? What did they leave behind? And how did they shape Britain?

Visit this free exhibition, running until October 2018 at the British Library, London, and learn about the Jamaican feminist poet Una Marson, who became the first black woman employed by the BBC. Read Trinidadian J J Thomas's scathing rebuttal of English colonialism. See the manuscripts of Andrea Levy’s novel Small Island and Benjamin Zephaniah's poem What Stephen Lawrence Has Taught Us. And listen to the sounds of the Caribbean, from jazz and calypso to the speeches of Marcus Garvey and personal reflections from some of the first Caribbean nurses to join the NHS.