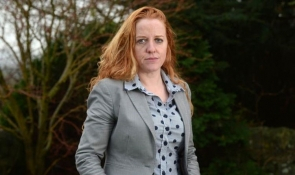 Anna Hopkins joined Policing Organisation and Practice Team as a Lecturer in November 2020. She is part of the team designing and delivering the new Police Constable Degree Apprenticeship (PCDA) for new police officers, as well as contributing to the overall development of programmes under the Police Education Qualifications Framework (PEQF).

Before joining the team at the OU, Anna worked as a Senior Lecturer at Edge Hill University where she was Year Leader and module leader for several modules. Anna has extensive experience in lecturing in Policing as well as Criminology and Psychology having taught in various universities across the North West of the UK.

Prior to becoming an academic, Anna served as a Police Officer in Greater Manchester Police where she worked in many front line capacities and specialised in Domestic Violence.

Anna worked on a domestic homicide project with Professor Sandra Walklate analysing the then IPCC reports to further the understanding of the police's involvement in domestic violence cases prior to the homicide occurring.