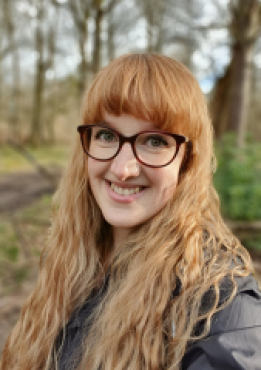 I discovered Classics during A Levels: coming from a state school, I didn't know Greek and Latin were still a thing, but when at sixth form college I was offered the chance of something 'like history but better' for my fourth unchosen course, I took it. One of the first texts I read was Lysias 1, which I've returned to often ever since. I studied English Literature and Classical Studies as an undergraduate at Royal Holloway, University of London, then moved to the University of Bristol for a Masters in Classics and Ancient History. I then moved to University College London, where I wrote my PhD thesis on ‘Athenian Homicide Rhetoric in Context’ under the supervision of Chris Carey, and also undertook an exchange placement at Yale University to work with Victor Bers. While at UCL, I worked as a teaching assistant in Greek and Latin, and a tutor in the UCL Writing Lab. I completed my PhD in February 2017, and joined the Open University in September 2017 as a Lecturer in Classical Studies.

My research focuses primarily on Athenian forensic oratory and law, as well as Athenian oratory more broadly. My PhD thesis examined the distinctive role of homicide in Athenian law and culture, and explored how this distinctiveness played out in rhetoric in four pertinent areas: Athenian ideology, religious pollution, relevance, and the twin issues of motivation and intent. The revised version of this research appeared in Homicide in the Attic Orators: Rhetoric, Ideology, and Context, published by Routledge in January 2020.

One aspect that arose from this study was the importance of location in defining appropriate content for rhetoric; interesting distinctions could be seen between homicide rhetoric delivered in the homicide courts, and that delivered in the popular courts. This observation informed my current project, which looks at space and place in Attic forensic oratory, combining a social historical approach with methodologies from the spatial turn in the humanities, cognitive science, and human geography. The project is ongoing in the form of a number of conference papers and publications. A case study on space, place, and identity in Antiphon 5 appeared in the collected volume The Making of Identities in Athenian Oratory in 2019. I am currently working on a chapter on citizenship and place in the orators, part of a companion volume on Citizenship in Antiquity that I am also co-editing, and another chapter on space and character; I continue to explore the topic through conference papers.

More generally, I am interested in the importance of viewing works of Athenian oratory not as texts but as speeches, with an emphasis on the act, moment, and location of delivery, and the influence these can have on the original audience’s and our own understanding of their content. For me, the speeches are most interesting for what they say about Athenian cultural beliefs and social history; I am particularly interested in cultural norms and deviations from them, ideals vs reality, and questions of how Athenians perceived themselves and were perceived by others.

Besides these primary research interests, I am interested in classical reception, and particularly receptions of Greek drama in the 20th and 21st centuries; I focus on how aspects of the ancient theatrical experience can be echoed in modern performance. I have also published on Classical pedagogy.

I have previously taught on most of the Classical Studies modules at the OU, and am currently the module team chair for A864 MA Classical Studies part 2. I wrote the OpenLearn unit Introducing Homer's Iliad, and authored materials on Athens for the Classical Studies section of the new interdisciplinary Level 1 module A112 Cultures. I'm the deputy chair for the production of the new Greek and Roman Myth module A350, and I'm also writing two units for the module on myth in Athens. I'm keen to see ancient Greek language re-enter the Open University curriculum, and have enjoyed teaching the language at all levels.

I am an Associate Director and long-time member of By Jove Theatre Company, a London-based collective producing new work from old stories. We have recently produced The Gentlest Work, a queer myth in pieces: a digital installation exploring queerness, trauma, and joy in the myths surrounding the Oresteia through performance, poetry, and art. The project has been funded by Arts Council England, the Hellenic Society, the Institute of Classical Studies, SCS Classics Everywhere, and the Louis M. Rabinowitz Foundation. I have also previous organised poetry events around women in the Homeric poems and the motif of weaving in women's stories with By Jove. I have historically undertaken research for the company, but have recently begun working in creative roles as well, including writing for theatrical projects.