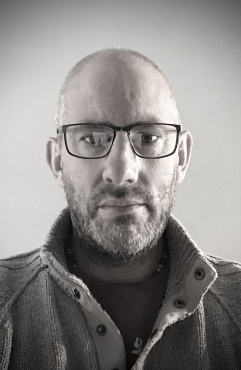 Christopher John Searle is a Postgraduate Research Student in the PhD programme in Philosophy at The Open University. He has been at the OU since October 2022. Prior to commencing his PhD, Chris was studying part-time with the DCE at Oxford University and working as a CEO in the climbing industry.

Chris specialises in metaphilosophy, but his research straddles the philosophy of language and philosophical logic.

Chris is also interested in the foundational questions underlying these projects, including the value and function of philosophy and the prospects of combining a speaker-meaning account with a modified verification principle.

Chris has a wide range of philosophical interests, including applied epistemology; informal logic and syllogistic; philosophical methodology, expressivism and non-cognitivism; moral dilemmas and paradoxes in metaethics; verificationism; the analytic-synthetic distinction; a priori defeasibility; and no-ownership theories of personal identity.

Chris is currently working on developing a street epistemology programme for primary schools and is undertaking the TPF Philosophy in Schools course.

In regard to teaching, he is particularly interested in the following:

When not philosophising from the comfort of his armchair, Chris is also the CEO of South East Climbing Ltd., trading as Chimera Climbing.

Chris has also been developing an educational and recreational card game that combines the medieval logic of obligationes with the classical syllogistic, available here.

Chris writes the occasional poem and has had some poetry published in the Oxford University Student newspaper, Cherwell.

In 2022, Chris was the winner of the Oxford Philosophical Society Chadwick Prize.

Although still in the early stage of development, Chris has also been working on a children’s introductory book to syllogism, a comic primer entitled Doctor Morosopher.