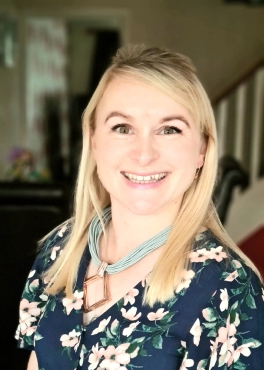 Having obtained a BSc in Physics at the University of Sheffield, I then completed my PGCE at Loughborough University where I became qualified to teach physics and maths. After working as a science and physics teacher I then went to the University of Leicester where I was awarded an MSc with distinction in Space Exploration Systems. I am now studying my PhD at the the Open University in water extraction from the lunar regolith.

I am a fellow of the Royal Astronomical Society and I was awarded the Amelia Earhart Fellowship in 2019, an international award for women in aerospace science and engineering. In 2020 I was selected for the Forbes 30 Under 30 list in the field of Science and Healthcare.

My current research focuses on the development of a proof-of concept experiment to be performed with the ProSPA instrument due to land near the lunar south pole in ~2025 as part of a joint ESA/ROSCOSMOS mission. I am looking at In-Situ Resource Utilisation (ISRU) techniques to extract water from lunar regolith, and if sucessful this experiment could be one of, if not the first, ever production of water on the Moon. In this project I have built a lab-bench model of the ProSPa instrument and I am performing experiments on ilmenite, lunar simulants, lunar meteorites, and Apollo samples to determine the feasibility of these experiments on the lunar surface.

Generally I am interested in the development of technologies that will support future crewed missions to the Moon, Mars and beyond. The production of water from the lunar surface, either from frozen deposits at the lunar poles or generating water from the rocks themselves, will be the first step to enable such long term space exploration missions.

I use my teaching experience and STEM ambassador role to promote space science to the general public and in schools and universities, including delivering talks such as my TEDx talk in 2019. Research I have been involved in has been profiled internationally by multiple news and science outlets including the BBC, i newspaper, Physics magazine, and Coelum Astronomia. I have won various awards for my outreach including the 'I'm a Scientist, get me out of here!' national competition and I was also a national finalist in the 2018 Institute of Physics 3 Minute Wonder event, which I have since gone on to judge. I enjoy visiting schools to run space balloon projects, deliver career talks, and coordinate inter-school competitions for space science. I am a member of the STFC PEER forum where we are working to support STEM outreach for Early Career Researchers across the UK.

In 2018 I was selected to take part in the Lunar and Planetary Institute 'Exploration Science Summer Intern Program'. With a team of 10 international graduate students we addressed planetary science questions that face NASA. The major theme of the project was utilizing images of lunar boulder tracks in previously unexplored regions of the Moon to determine how traversable they are. In particular we analyzed pyroclastic deposits and permanently shadowed regions. A number of conference items and published papers were produced from this work.

I am also a member of the PROSPECT science team. The team are working to optimise the science return of the PROSPECT instruments which will be landing on the lunar surface in ~2025 searching for volatiles and performing an ISRU demonstration.