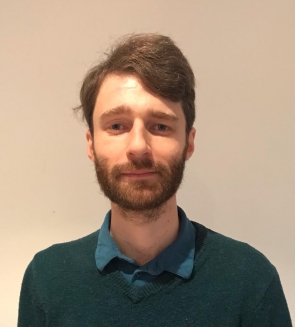 I've also conducted research at several other institutions. In 2014, I investigated modern slavery for anti-slavery organisation Walk Free, situated in the Wilberforce Institute for the study of Slavery and Emancipation, Hull. These findings were published in the Global Slavery Index 2014. Following this, I worked for a number of years at Bletchley Park. In 2019-2020, I completed a placement at the British Library locating and examining items in their collections related to the Second World War, which resulted in several collection guides, blogs, and an exhibition (14 September - 11 December 2021).

My thesis is titled ‘Against His Will? Recovering male on male sexual violence in London, 1761-1861’. Consent within homosexual acts was only introduced into British legislation in the twentieth century, and no full-length study exists which examines sexual violence which adult men suffered before this period. This project does exactly that, asking what the nature and incidence of this sexual violence was, and asking how evidence of acts which have only been recently criminalised can be discovered in the past. To do this, several hundred cases of male homosexual activity which came through the criminal justice system have been analysed, including witness statements from the Middlesex and Westminster Sessions (held at the London Metropolitan Archives), trial reports in the Old Bailey Proceedings, and court coverage in five London newspapers.

This thesis covers many of my research interests, which more broadly include: gender history, the history of crime and violence, and social history. I’m also interested in the Second World War and the development of computing.

My placement at the British Library produced several outputs, including exhibition 'Life on the Home Front' (14 September - 11 December 2021) and several blogs and collection guides: