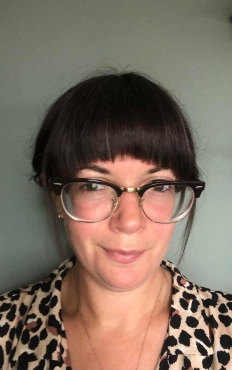 I am a social and cultural historian of Caribbean slavery and its legacies. I completed my PhD with the ESRC / AHRC-funded 'Legacies of British Slave-ownership' project at University College London in 2013. I was a post-doctoral researcher on second phase of the project 'The structure and significance of British Caribbean slavery, 1763-1833' between 2013-2015. My second post-doctoral research post was with the AHRC-funded 'Antislavery Usable Past' project at the Universary of Nottinghan between 2015-2018. I was a Senior Lecturer in History at London South Bank University between 2018-2021.

My research and public history practice have been supported by grants from the ESRC, AHRC, British Academy and Arts Council England. I am a Fellow of the Royal Historical Society.

My work has used micro-historical frameworks for exploring transatlantic slavery, including both local and family history. Local histories of slavery and empire can help us to re-think how we understand historical communities and contemporary identities by tracing an area's imperial connections. In 2016 I co-edited Britain's history and memory of transatlantic slavery: The local nuances of a 'national sin' (Liverpool University Press) which used a series of case studies to explore these links. In 2020 I published my monograph The bonds of family: Slavery, commerce and culture in the British Atlantic world (Manchester University Press). My book used the lens of a single extended slave-owning family - the Hibberts - to understand the expansion and defence of slavery over the course of 150 years of family history. Moving between Britain and Jamaica, it considered how the structure of the family influenced the practices of colonial trade. It also explored how involvement in the business of slavery transformed the structure of the family, particularly in relation to the sexual exploitation of enslaved and free women of colour. The Hibberts used their slave-produced wealth to accumulate cultural capital including collecting (art, books, botany), country houses and philanthropy. The book analysed the relationship between culture and the construction of ideas about race, which were then used to justify the institution of slavery.

My next book is a joint project with colleagues at the Institute of Education, University College London, and is based on our work with the Historical Association training secondary school teachers on new historiographical and pedagogical approaches to teaching transatlantic slavery. Teaching slavery: Critical approaches to Britain's colonial past is contracted to UCL Press and will be published in 2023.

I have previously taught at University College London, the University of Nottingham and London South Bank University. My teaching included the history of transatlantic slavery, the British Empire, Britain in the eighteenth and nineteenth century, public history, local history and Black British history. I am currently a member of the production team developing the 'Empire' module and will be looking at ways to embed some of these histories, methods, sources and frameworks into the new version of the module.

Prior to returning to academia, I worked for the Holocaust and Genocide History department at the Imperial War Museum. I have curated several exhibitions including Slavery, Culture and Collecting at the Museum of London, Docklands. I was a project director for the AHRC-funded 'Pathways' mural project at the New Art Exchange. This project worked with local youth groups to create Nottingham's first Black history mural. I partnered with Hackney Museum and Archives on the Arts Council England-funded 'Local roots / global routes: Legacies of slavery in Hackney'. We produced an exhibition, educational resources and a film exploring local connections to slavery. I was an historical advisor for the Colonial Countryside project which examined the connection of National Trust properties to the histories of slavery and empire. I am an advisory board member for the Rugby School's project Schools of Empire: Colonialism and Class, 1750-1960. I serve as a co-convenor for the Institute of Historical Research Black British History seminar series.

I have pitched and contributed to BBC radio programmes on slavery and collecting, women’s histories of slavery, and horticulture and empire. I acted as an historical advisor for the BAFTA award-winning BBC2 documentary Britain’s Forgotten Slave-owners. I was a script advisor for CBBC Newsround, writing for a different audience so children could explore how slavery shaped British cities. I have given interviews to Bloomberg News, The Guardian, The Observer, iNews, ITV News and the BBC World Service.

Between 2015-2018 I worked with Yole!Africa, an arts-based organisation in Goma, Democratic Republic of Congo on 'Decomposing the Colonial Gaze'. The project was based on an archive of photography produced by the British missionary Alice Seeley Harris during her time in the Congo Free State in the late nineteenth and early twentieth century. It used the visual archive as a basis for working with young people in Goma and Lubumbashi to explore the history and legacies of slavery and colonialism. The partners produced an exhibition, educational resources, and a film 'Matata'. This work formed part of the AHRC-funded 'Antislavery Usable Past' project.