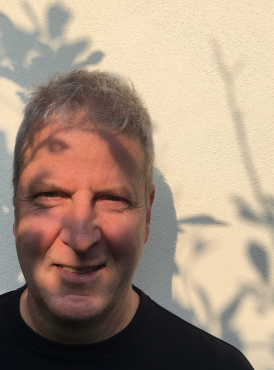 Founding Head of School of Social Sciences and Global Studies from August 2019 to July 2020.

In 2007 I was a Fellow of the Institute of Advanced Studies, University of Durham. I have been a Visiting Fellow at the University of Melbourne, and UNSW, Sydney.

I was a founding editor of the Journal of Cultural Economy and editor-in-chief until 2017.

Over recent years I have contributed to Radio 4's 'File on 4' programme 'Liquid Assets' and Will Hutton's Channel 4 programme 'Selling Off Britain', as well as to articles in The Guardian and The Conversation.

My present research lies at the intersection of geographies of money and finance and cultural economy.

£29,738 - part of successful bid to ESRC to undertake research entitled 'Berlin models: reconstructing European futures in the contemporary city'. The project began in September 1998 and was completed in December 1999.

£79,000 from the Joseph Rowntree Foundation for project entitled 'What private lenders require and housing associations provide'. The project ran from April 1993 to October 1994. This project was based in the Department of Land Economy, University of Cambridge.

I'm a member of the OpenSpace Research Centre.

I am interested in supervising students with an interest in cultural economy, money and finance.

Carey Hardin (2011, completed 2015), I was on Carey's Doctoral Committee at the Dept. of Communication Studies, University of North Carolina, Chapel Hill. Carey’s work explored the integration of finance and politics in contemporary USA.

Alan Halner, PhD (1998, completed 2001) 'A study of the environmental consciousness of small and medium sized enterprises in the UK and Germany'.

Pryke, M.D. 1994 / 2014 'Looking back on the space of a boom: redeveloping spatial matrices in the City of London', Environment and Planning A, vol. 26, no. 2, pp. 235-64. Available as part of ‘Virtual Special Issue: Property and Finance’ made available by the publishers Sage / Environment and Planning ‘A’ as part of a Celebration of the Twentieth Anniversary of Double Issue on Property and Finance in ‘Environment & Planning A’ guest edited by the author.

Pryke, M 2017 ‘ ‘This time it’s different’…and why it matters: the shifting geographies of money, finance and risks’  in R Martin and J Pollard eds. Handbook of Financial Geography. Edward Elgar

Pryke, Michael (2012) "Joining the Dots" part of a collection of short essays on 'Theorizing the Contemporary: Finance' Cultural Anthropology Online with an introduction to the collection by Guest Editor Prof Bill Maurer.

Pryke, M. and P.L.J.DuGay (2002) 'Property companies and the remaking of markets: stories from the 1990s' in S Guy and J Henneberry eds., Development and Developers, Oxford, Blackwell Science.

Pryke, M. D. and Whitehead, C.M.E, (1994) 'Some thoughts on the provision and management of social housing in a private sector environment in England' Netherlands Journal of Housing and the Built Environment: Special Issue: Social Housing in the 1990s, 9(4) pp. 357-380.

McGrail, B. and Pryke, M. (1998) Surviving and negotiating a property crash, Working Papers on The changing pattern of financial landownership (ESRC Grant 0000236259) No.2

Pryke, M.D. and Whitehead, C.M.E. (1991) An overview of recent change in the provision of private finance for social housing, DP 28, Department of Land Economy, University of Cambridge.

2017 Invited speraker at 'Financial Markets and the digital economy: an exploratory workshop' School of Business and Economics, Loughborough University. May

During my time with the Open University I have been involved in production and presntation of a number of modules including: Introducing the social sciences (DD101); Social Policy: Welfare, Power & Diversity (D218); Living in a globalized world (DD205); Understanding cities (DD304), and DD213 'enviornment and Scoiety'. I am currently leading the Geography strand in the School's new interdispclianry level 1 module, DD113, due for first presentation in October 2023.

At post graduate level I have been involved in D849, a 30 point masters module, Social Research Methods and chaired the production of Human Geography, Philosophy and Social Theory (D834) an ESRC recognised research masters module; the core text, Using Social Theory (2003), is published by Sage and is included in the Sage Research Methods online. I have previously served as chair of the MRes Management Group.