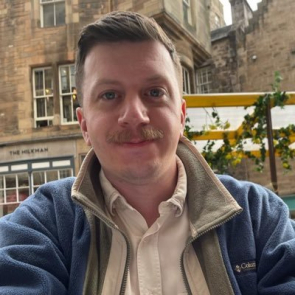 I joined the OU's History Department in 2022, following more than two years as a Lecturer in History at Bishop Grosseteste University. Before this, I taught History and academic skills at Leeds Beckett University. I completed a doctorate in History at the University of Hull in 2019, funded by the Arts and Humanities Research Council (AHRC). I also completed an MA in Social and Cultural History at the University of Leeds (2015) and a BA in English & History at Leeds Beckett University (2014). Prior to completing these degrees, I spent four years studying Social Sciences part-time at the OU: this is where my passion for higher education and research really began. I am a Fellow of Advance HE (Higher Education Academy), a Fellow of the Royal Historical Society and a committee member of History Lab Plus, a network dedicated to supporting and advocating for Early Career Historians, based at the Institute of Historical Research. I am a new member of the Centre for War and Peace in the Twentieth Century, based in the OU History Department.

I am a historian of modern Britain, with research interests related to the social and cultural history of war, consumption and empire. I am particularly interested in the endurance and resilience of civilians and service personnel in the context of war. This interest, in endurance and resilience among ordinary people, runs like a thread throughout my work in diverse areas of modern British and European History.

My research on smoking culture, tobacco consumption and provision has focused on British military and civilian contexts during the First World War, particularly the use of tobacco as a mild narcotic in situations of combat and war strain, as well as its symbolism in codes of martial masculinity and patriotism.

I have also published on Victorian and Edwardian urban culture and the ‘coastal-urban’ context during the First World War, focusing on the north-east coast of England and the civilian experience of naval and aerial bombardment. My first monograph, Bombardment, Public Safety and Resilience in English Coastal Communities during the First World War, was published in 2021 by Palgrave Macmillan.

My current research project focuses on the use of tobacco by military personnel and non-combatants in the context of modern wars involving Britain during the nineteenth and twentieth centuries, including the Crimean War, Second Boer War, and the First and Second World Wars.

I am a member of the module team for the Level 1 module Revolutions (A113) and the Level 3 module Europe 1914-1989: war, peace, modernity (A327). I am also an Associate Lecturer on the Level 1 module Discovering the arts and humanities (A111), with my teaching based in the Yorkshire region.

In 2021, I worked as a historical consultant and interviewee on the Channel 4 documentary series Britain by Beach (presented by Anita Rani), utilising my research into the naval bombardment of Scarborough in December 1914.

In 2019, I appeared on the ‘Mentioned in Dispatches’ podcast, presented by Dr Tom Thorpe of the Western Front Association.

I have worked on public engagement and heritage research projects at the Heugh Battery Museum in Hartlepool (2018-19) and the North of England Civic Trust (now Cultura Trust) in Newcastle-upon-Tyne (2017).

I have been a member of the committee of History Lab Plus since 2020. HL+ is a network for Early Career Historians based at the Institute of Historical Research. From 2017-20, I was web editor and social media officer at the Society for the Study of Labour History (incl. membership of the Executive Committee).

In 2017, I co-edited a special issue of the International Journal of Regional and Local History with Dr Andrew McTominey (Leeds Beckett University) on northern identity, history and heritage. More information here.

I have been awarded the following prizes for research:

[Book Review] Beyond Trawlertown: memory, life and legacy in the wake of the Cod Wars by Jo Byrne (2022)
Reeve, Michael
International Journal of Regional and Local History, 17(2) (pp. 115-116)

'Something-to-smoke, at the right time, is a godsend': Voluntary Action and the Provision of Cigarettes to Soldiers during the First World War (2021)
Reeve, Michael
In: Linch, Kevin and Lord, Matthew eds. Redcoats to Tommies: The Experience of the British Soldier from the Eighteenth Century
Publisher : Boydell and Brewer