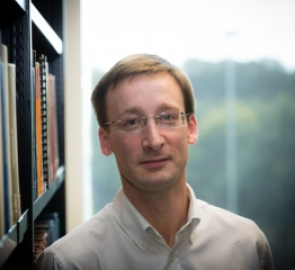 I studied history at the University of Birmingham, receiving a BA in 2001, an MPhil in 2003 and a PhD in 2007. Since then I have taught at the universities of Birmingham, Durham and Essex, and Vanderbilt University in the US. I joined the Open University as a Lecturer in 2014.

My research focuses on politics and government, both local and national, in Elizabethan England. In the past, I studied these issues by way of the problems posed to the early modern polity by warfare, focusing on the Elizabethan wars against Spain (1585-1603); this was the subject of my doctoral thesis and my first book, War and Politics in the Elizabethan Counties (2012).

More recently, I have shifted to looking at politics in the context of the religious division of post-Reformation England. The long-term aim of this is to produce a book reassessing the impact of religious change on Elizabethan politics. In the shorter term, and as part of that larger project, I am working on a book on the career of Sir Christopher Hatton. This project investigates how a politician with very strong links to Catholics worked (and succeeded) within the ostensibly Protestant regime of Elizabeth I.

I would be happy to discuss supervising postgraduate research in any of these areas.

I am a member of the Early Modern Britain and Europe research group.

I am currently the Module Team Chair of A113 'Revolutions', a new interdisciplinary Level 1 module which looks at major turning points in the making of the modern world. In the past I have contributed to A223 'Early Modern Europe: Society and Culture, 1500-1780' and A111 'Discovering the Arts and Humanities'.

I am a convenor of the Tudor and Stuart History Seminar, Institute of Historical Research.