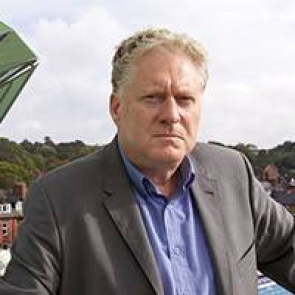 Simon Gardiner has worked in higher education for over 35 years at a number of Universities. He was previously Professor of International Sports Law at Leeds Beckett University until September 2020. Prior to that he was at Middlesex University, Griffith University Law School in Brisbane, Anglia Ruskin University and Teesside University.

Simon has been an active researcher in the area of sportslaw for over twenty five years and has an international reputation. His particular research interests include liability issurse around sports safety, anti-racism mechanisms in sport, sports governance and the regulation of sports-related corruption. His work has been multi-disciplinary applying legal and elements of sociological and criminological theory and concepts in this pioneering and original examination of the regulatory role of law in sport. He has been involved in funded research projects with a number of bodies such as the European Union. Simon has published widely in refereed law and sports studies journals, numerous professional journals and is lead-author of Gardiner et al, Sports Law that is in its fourth edition.

Simon has also co-edited two books (2000 and 2009) with seminal collections of articles on the development of the European Union’s sports regulation policy. His published work has had significant impact on and is heavily cited in other Sports Law literature and more widely in related sports studies disciplines.  The work has also been cited by bodies such as the UK Law Commission and the European Commission

The term integrity has in recent years become common currency in the football and the general sports world. It is not a term with a clear definition. Integrity seems to represent a central standard that sporting participants concerning a range of competition governance issues and sporting administration need to coalesce around However, the ubiquitous use of the term has resulted in its exhibiting both imprecision and superficiality. Different actors within and beyond the sports industry use the term ‘integrity of sport’ in different ways. Sometimes it means simply 'honesty', and sometimes it is used as a catch-all phrase for an amalgam of a range of sports-related values including unpredictability of outcome and a promotion of a level playing field. The term ‘commercial integrity’ is often highlighted, the need to protect the commercial structure and stakeholders in the game from outside exploitation via mechanisms such as ambush-marketing. Additionally, it is used as a counter-factual, to describe desirable outcomes, such as non-corrupt administration, or non-fixed matches.  Within football, different narratives about integrity by different individuals and groups exist together with a lack of integration between the different views of integrity. This leads to the danger of imposing a narrow corporate model of (behavioural-based) integrity, which when applied to football-related corruption for example, results in a limited and unsubstantiated understanding of the phenomenon being promulgated.  This can be compared with an alternative model of Integrity, namely a more complex inter-institutional integrity, involving individuals taking responsibility for their practice and their organization. This emphasis on plurality and dialogue within organisations exemplifies a holistic valued based ‘moral integrity’.  The focus of this work has been to encourage sports bodies to look outside of their own personal experience and engage with meanings of integrity that have developed in other public and private sectors.

In sport, there is a powerful discourse that contrary to any specific provisions in sporting rules, the decisions of officials are absolute and decisive.   Modern sport is witnessing a reformation with an ever-increasing quest for certainty. This can be observed amongst other things in the standardisation and conformity of playing rules and location of sporting activity, the endorsement for fairness of sporting endeavour and in external verification of on-field decisions.   The common theme in these issues is the role of technology in facilitating this search for certainty.  This proposal is within the context of this increased standardization of sporting activity and specifically questions the tension between sporting adjudication and the use of new technology such as video replays particularly in determining, verifying and in some instances replacing on-field decisions by sports adjudicative officials. The role of what could be called the Robo-Ref is to be evaluated with the particular focus on the system known as Video Assistant Referee (VAR) in football.