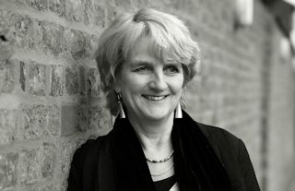 Water lies at the very heart of the interconnectedness and entanglements of humans with their environment and reveals, arguably more than any other substance, the impossibility of thinking of ourselves as separate from nature. Water exists as a resource through a complex intersection of socio- technical networks and systems, and is a site of different cultural meanings and social practices across time and space. Water is enmeshed in a myriad of governmental and regulatory practices as well as private markets and complex forms of provision. Its abundance as well as its scarcity is constituted in public discourses and political decisions, implicated in relations of power as these are, as much as 'natural' occurring phenomena as rains, floods, and drought. Water is far from being the natural resource it is often assumed to be. This research project seeks to explore cities and water- the socio-cultural practices associated with it, the socio- technical networks involved, and the regulatory frameworks of its provision in London and several other global cities.

Lecture in St Petersburg. May 2016

Street Markets as Sites of Public Space and Social Interaction

Street Markets are sites of sociality, cultural practices and innovation. This has been a long standing area of my research since my study of Street Markets as Spaces of Social Interaction for the Joseph Rowntree foundation, and my subsequent appointment as special adiviser to the House of Commons Select Committe on Retail Street Markets in London.

I am currently Project Leader on an international study Moving Market Places funded by the Humanities Research Area (HERA).

I am also Co Investigator on an ESRC project based at Leeds University on  Understanding and Enhancing the Community Value of Traditional Retail Markets in UK cities.

This is a long standing area of research into how differences are constitutied and co- produced in city spaces and sites.

A study of Smart Cities in the Making has recently got underway between a group of OU colleagues and is based in Milton Keynes.

The Presence of Faith in  London

Religious Buildings, Spaces, Texts and Images, c. 1800-2010. This project explores the presence of religion in east London, tracing the ways in which different faiths have been made visible, tangible and legible through their inscription in places, texts, images and public practices. In 2015 we conducted a research study of Buddhist cultural and social practices in London

Religion as practices of attachment and materiality: the making of Buddhism in contemporary London (2016)
Watson, Sophie and Zanetti, Oliver

2011 - The New Blackwell Companion to the City (edited with Gary Bridge) Oxford: Blackwell

2002 - Blackwell Reader on the City (with Gary Bridge) Oxford:Blackwell

2019         Coping with Change: Community, Environment, and Engagement in a London Buddhist Community (with Dodsworth) in Dodsworth, F and Walford,) A. eds A Laid Waste? Responding to the Social, Cultural and Political Consequences of Globalisation.Routledge

2016  Religion as Practices of Attachment and Materiality: the making of Buddhism in Contemporary London.  Culture and Religion , 17(3) pp. 257-278 (with O Zanetti).

2015 - Mundane objects in the city: Laundry practices and the making  and remaking of public/private sociality and space in London and New York. Urban Studies 52: 5 876- 890

2014 - Spaces of Difference: Challenging Urban Divisions from the North to the South (eds) Parnell, S and Oldfied, S The Routledge Handbook on Cities of the Global  South. Routledge

2013 - Suburban Drifts: mundane multiculturalism in outer London Ethnic and Racial Studies (with Saha, A). vol 36. No. 12

2011 - Constituting Religious Publics: The Tale of two non-conformist churches in London Culture and Religion Vol 12 , no 1 p. 1-19 (with F.Dodsworth)

2009 - The eruv: where the soft spaces of symbolic meaning meet the hard lines of planning. S&RO, Theme Issue on the Soft City (Dutch journal on architecture and urban planning)

2008 - Abandoning the monumental and seeking the serendipitous. In Vesterdal, I. Pagh, C. eds. Changing Metropolis 52-552

Visiting Professor at the Centre for Urban and Community Research, Goldsmiths University.

Religion as practices of attachment and materiality: the making of Buddhism in contemporary London (2016)
Watson, Sophie and Zanetti, Oliver
Culture and Religion, 17(3) (pp. 257-278)

Smart Practices: Reflections on the Smarter Home Visit in two London boroughs (2016-01)
Payne, Kellie and Watson, Sophie
CRESC, The University of Manchester and the Open University