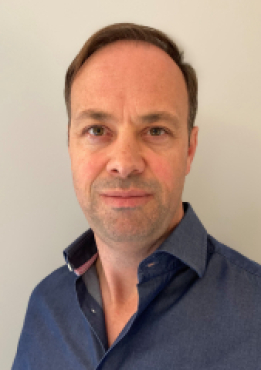 Andrew joined the Open University as a Senior Lecturer in July 2020. He is an experienced teacher, researcher and academic leader; an all-rounder with an excellent grasp of the complexities and challenges of the current higher education environment and a commitment to make outstanding legal education accessible to all who pursue it. After reading law at the University of East Anglia, Andrew practised as a family law solicitor in a busy legal aid practice before becoming a lecturer. He has previously taught at the University of Hertfordshire and at ARU in Cambridge. At ARU he was Deputy Head (2012-19) and acting Head of Department (2016-17) responsible for the management and delivery of academic and pastoral provision for undergraduate and postgraduate students, and leading on strategic curriculum development in response to the Solicitors Qualifying Examination, during a time when ARU had the most satisfied law students in the UK. In 2020, Andrew was elected to serve on the Executive Committee of the Association of Law Teachers, and he is also a Fellow of the Higher Education Academy and a member of the Socio-Legal Studies Association and the Clinical Legal Education Organisation. He has been an external examiner at St Mary's University and Leeds Beckett. In 2014 he founded, and until 2019 co-convened, the 'Law, Politics and Ideology' stream at the SLSA Annual Conference. Andrew’s political ambitions came to an end after he stood as a candidate in the 2010 General Election in the Birkenhead constituency and was soundly beaten into second place.

Andrew has researched in the area of family law and policy. His thesis, entitled 'British Conservatism and the Legal Regulation of Intimate Adult Relationships, 1983-2013', was awarded by University College London in 2016. Andrew's supervisors were Professors Alison Diduck and Michael Freeman, and the thesis was examined by Professor Gillian Douglas and Dr Rob George. The examiners commented that Andrew's work is 'an important and original piece of scholarship... which forms a distinct and significant contribution to the knowledge of family law.' A book based on Andrew's thesis was published by Hart/Bloomsbury in August 2018, which went on to be nominated for two prestigious prizes in 2019 (the Hart-SLSA Book prize and the Socio-Legal Theory and History prize) and was runner-up in the Political Studies Association/Conservatism Studies Group Book Prize in 2020. The book has been reviewed in three leading academic journals: the Modern Law Review, the Child and Family Law Quarterly and the Journal of Social Welfare and Family Law. Professor Chris Barton's review in the MLR concludes by saying that the book is 'at its excellent best when using plain language to assess the fruits of the author's definitive surveys of what its prime subjects actually wrote and said.' In the CFLQ Dr Sharon Thompson wrote, ‘In short, for those seeking to support or oppose reform, or to simply glean a better understanding of how family law is made, British Conservatism and the Legal Regulation of Intimate Relationships is required reading.’ And in the JSWFL Professor Hilary Sommerlad concludes her review with the words, 'an absolutely fascinating, scholarly book.'

While retaining an active interest in family law and policy, Andrew’s research interests now lie mainly in aspects of legal education. He has just completed a chapter entitled ‘Capitalising on Clinical Legal Education: Insights from Bourdieu’ for a volume edited by Hugh McFaul and Omar Madhloom due to be published by Routledge in 2021. Andrew has also recently blogged on law schools' responses to the Solicitors Qualifying Examination (SQE) and the representation of students dressed as barristers on university websites, and he leads the OU Law School’s SQE curriculum development work. As Deputy Director (Law) of SCiLAB, Andrew plays a central role in the Faculty's vibrant and growing research centre.

Andrew has over seven years’ experience of supervising PhD students, as both first and second supervisor, including supervising three students to completion. He is happy to be approached about PhD supervision in any of his areas of interest.