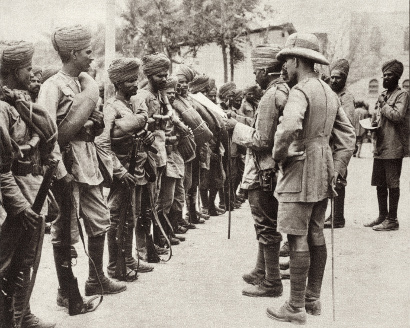 OU history research has an impact far beyond higher education, enriching our cultural life and awareness of heritage, and influencing policy and practice, in the UK and internationally.

Research based in the OU’s Ferguson Centre for African and Asian Studies helped shape the production of prestigious BBC TV series Empire, presented by Jeremy Paxman. The series attracted an audience of around three million, and the supporting OU Learning Journey content was accessed by close to 100,000 people.

OU researcher Lotte Hughes and her team have worked with Kenyan civil society groups to investigate the different ways in which Kenyans are engaging with their past, and the legacy of civil conflict and trauma. She worked extensively with community peace museums (CPMs) in Kenya in the aftermath of the 2007/08 post-election crisis bringing together CPM curators and activists from eight ethnic communities.

The OU’s internationally recognized Centre for the History of Crime, Policing and Justice has conducted important research into the history of British policing overseas. The findings of this project have influenced the way British agencies which deploy police officers overseas coordinate with other bodies, directly influencing an improved communications and media strategy. As a result, new sets of principles and guidance for overseas deployments, informed by OU research, have been developed. The research also demonstrated the international importance of the UK police brand by highlighting its esteem with overseas police forces and governments, and the need to maintain its reputation.