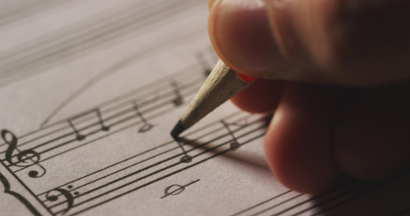 Our music researchers utilise the OU’s national reach and develop partnerships so that their work benefits performers, audiences and the music industry.

Research by Donald Burrows on performing and contextualising the music of George Frideric Handel has provided new editions of eighteenth-century music. This work enables ensembles to perform (for example) Handel’s sacred and operatic works in formats that Handel himself would have recognised. It has had a significant impact on the way Handel’s music is heard today, and has directly enabled and influenced a large number of public performances internationally. It has also benefited musical commerce through new publishing, recording and broadcasting enterprises.

Research into the history of brass instruments by Trevor Herbert has not only influenced professional and amateur performers, but has contributed to work in the heritage industry as well as print and broadcast media. The Cyfarthfa project to discover, reconstruct and record the repertoire of a mid-nineteenth century brass band was the subject of a much-repeated BBC TV documentary – Mr Crawshay’s Private Band.

The OU is partnering with a range of institutions to reach a wider public. Examples include the Black British Jazz project’s contributions to the British Library’s ‘Oral History of Jazz in Britain’ collection; contributions from academics to the South Bank’s major The Rest is Noise modern music festival; OU researchers’ contributions to the BBC TV series Orchestra and associated online learning content; and the publicly available Listening Experience Database.