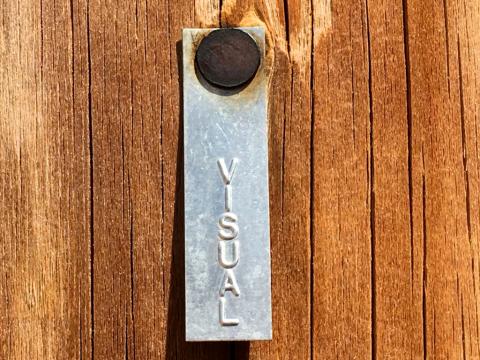 Social research sometimes makes commendable, but at times under-evidenced, claims to raise the ‘voices’ of ‘marginal’ groups or individuals. However, it often remains unclear what is meant by voice in such assertions, with voice having numerous possible meanings, as this article explores. Related to this, recent years have seen an explosion in the use of participatory visual methods. One of the reasons for employing such methods is their supposed benefit for the voices of those involved as participants.  The proclaimed advantages of participatory visual methods include (but are not limited to):

However, like claims about voice, the evidence base for such assertions is sometimes ambiguous.

A key starting point was that far from being universally accepted, the meaning of voice is vastly contested and can be conceptualised in various ways. For example, dictionary definitions of voice show that this can be understood as either a noun or a verb (to voice). Moving beyond this basic conception, Wendy Luttrell and Richard Chalfen highlight in their introduction to a special issue of the journal Visual Studies on participatory visual research and voice, that a definition of voice might include “a capacity for reflection, commentary, perspicacity, creativity and reflexivity about oneself in relation to one’s social context. Still, the concept of voice spans different terrains” (2010, p. 199 [emphasis added]).

In his book about why voice matters, Nick Couldry (2010) suggests that voice can be understood as both a process (of giving an account of one’s life and the world in which we act); and a value – through giving weight to ways of structuring society that allow for voice as a process, particularly ‘voice that matters’. The notion of ‘voice that matters’ refers to both expressing one’s own voice, and to the right to be heard or listed to by others. In this sense, voice might be understood as being linked to the politics of representation (Thomson, 2009; Dreher, 2012; Fairey, 2017). Furthermore, questions persist in the literature around whether voice is ‘given’, ‘negotiated’, ‘constructed’, ‘co-created’, or a combination of these things and others. While these formulations each imply slightly different things, they share a sense that it may belong to individuals or groups, but that voice can also affected by researchers, as well as situational factors such as the context of production.

Findings from workshops with researchers also showed a number of meanings of voice, including suggestions that voice relates to a person’s or group’s beliefs, experiences, perspectives, opinions and understandings. Thus, this might be thought of as broadly relating to the expression of oneself, and being able to tell something about one’s story or perspective. In this way, these definitions have similarities to Luttrell and Chalfen’s definition, but just as those authors propose, the concept of voice can also have different focal points.

In exploring meanings of voice with participants and audiences, it also became clear that voice can be a jargonistic term – with its meaning sometimes being thought of in relation to a much more literal sense of speaking. As such, it’s important to remain aware that our own conceptions of voice may differ from those who are involved in research projects. Even in thinking beyond this literal definition, voice had very different meanings (and was linked to different motives for being involved) for participants, such as leaving a legacy beyond one’s own death; voicing one’s concerns; a way to share a person’s own opinion; and a means to share one’s sense of injustice. As such, voice can be multi-dimensional and have different meanings for those involved within a single project.

It was also made clear within workshops with researchers that voice is social, requiring an understanding and ability to communicate using the tools of recognised languages in order to connect with others. However, researchers also suggested that there are questions about when voice is valid, as the narratives and stories we tell are constructions – meaning that there are questions about where, when, and for whom they are valid. This is perhaps particularly important in thinking about the relationship between participatory visual methods and voice, because visual communication also has normative ‘good’ languages and cultures, particularly in relation to ‘visual voices’ (Luttrell, 2010; Fairey, 2017). Thus, there are problems with presuming that all people are able to communicate in normatively ‘good’ visual ways. As such, there may be a call for participants to be versed in visual literacy and norms, as well as norms around voice and narrative. However, briefing participants in this way couldmean that researchers care unduly influencing the research.

The responsibility that researchers or facilitators bear for the voices of others was also discussed with researchers, including the role they can play in influencing the parameters of power relationships in research projects. One such example is the way in which those who facilitate such projects can amplify some voices and silence others – especially in our editorial role. For example, we might edit out those voices which appear incoherent, which do not fit our overall narrative, or which may not maximise external influence or impact – to fit either our own or other people’s sense of ‘good voices’.

These issues trouble conceptualisations of participatory visual methods. Whilst the boundary of what counts as a visual method is contested, the extent to which a piece of research can be considered participatory is particularly contentious. Practices of participation can vary between and within projects, and can refer to (among other things) self-determination and agency; challenging traditional roles within research; the power imbalance that results; ‘ownership’ of stories told; and respect for everyday experiences and practices of participants.

Reflections from participants and audiences drew attention to a range of considerations for researchers in working with participatory visual methods. For example, adopting a single and uniform approach to participation can mean that projects work well for some participants, but not so well for others. Such issues are particularly pertinent in thinking about whose voices become more (and less) raised within projects.

These reflections also made clear that motives for becoming (and remaining) involved in a project can differ, with each person having their own intentions and goals, as well as the potential for some shared priorities. Furthermore, these motives and goals can also differ to those of the researcher. As such, participation is as a negotiated and ongoing process throughout projects, and may need to be tailored and personalised in order for projects to be worthwhile for everyone involved.

Most fundamentally, researchers, participants and audiences all highlighted that they felt there was no guaranteed relationship between participatory visual methods and voice – and that there was a need for researchers not to presume such a relationship, nor to overstate its significance for those involved in projects.

Further details about the participatory visual methods and voice project can be found at: http://fass.open.ac.uk/research/projects/methods-and-voice.

This article was originally posted on The Sociological Review blog on the 26th of May 2020 at https://www.thesociologicalreview.com/critical-reflections-on-participatory-visual-methods-and-voice/