Primodos: The next steps towards Justice 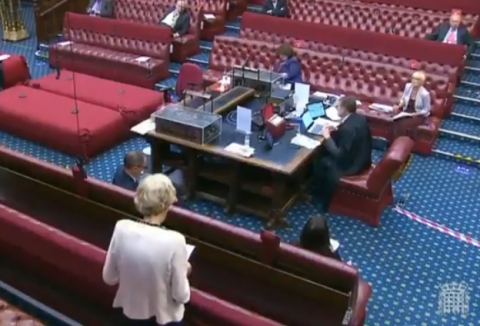 In this article, Sharon Hartles critically examines the journey so far towards the implementation of the remaining eight recommendations set out in the landmark publication of the Medicines and Medical Devices Safety Review First Do No Harm report in July 2020. Furthermore, she explores the wider impacts this publication has set into motion. Sharon Hartles was awarded an MA in Crime and Justice (with distinction) from The Open University in December 2019 and is a member of HERC.

Wednesday 8th July 2020, marked the publication of the final report by the Independent Medicines and Medical Devices Safety Review, which was commissioned to examine the harmful effects of three treatments: Primodos, an oral hormone pregnancy test that caused birth defects;  sodium valproate, an epilepsy drug that also causes birth defects, and surgical mesh, a treatment for incontinence that causes chronic debilitating pain. Primodos was the most widely prescribed ‘hormone pregnancy test’ in the UK (and around the world) in the 1960s and 1970s until it was taken off the market in 1978.  First Do No Harm found that avoidable harm was caused because the UK Government and the Healthcare system failed in their duty to protect patients and regulate Primodos.

For the Primodos-affected members of the Association for Children Damaged by Hormone Pregnancy Tests, a lobby group, the findings and recommendations offered recognition ‘that hundreds of families have been wronged.’ Recommendation 1 of First Do No Harm was fulfilled when Matt Hancock apologised for the avoidable harm caused to those who suffered. However, after this welcomed and prompt first step towards justice, the next steps - the implementation of the remaining eight recommendations - have been fraught with resistance.

Baroness Julia Cumberlege, a life peer who chaired the Independent Medicines and Medical Devices Safety Review, explicitly championed the need for the recommendations set out in First Do No Harm to be implemented with determination and urgency. Despite this, it has now been more than three months since the report was published, which may not seem like much time within the political agenda, and given the preoccupations with Covid and Brexit, but England is lagging behind Scotland. At a 9th July 2020, press conference, Julia Cumberlege raised concerns about the importance of implementing the report’s recommendations and the significance of not leaving it to “sit on a shelf and gather dust”. 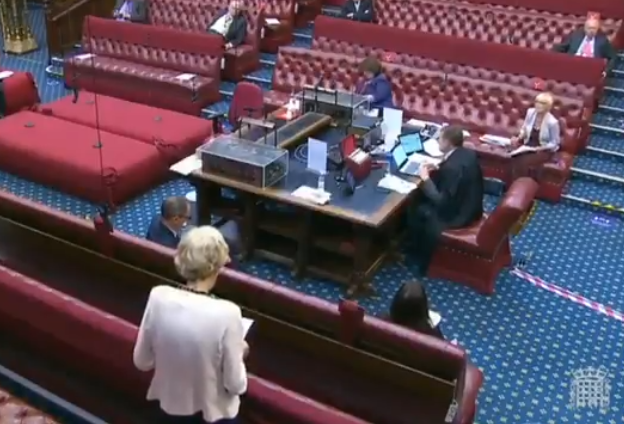 Yet, two months later, amid rumours the report was going to be buried, during a Parliamentary debate which took place on 2nd September 2020, the Baroness requested assurances from Ministers that the recommendations would be implemented. On the same date, MP and chair of the All-Party Parliamentary Group on Hormone Pregnancy Tests, Yasmin Qureshi, took a different approach. Namely, she accused Government Ministers of hiding behind irrelevant “legal action, which has no bearing on this reports findings” to ignore their duty to implement First Do No Harm recommendations a point which she had previously voiced in a letter to Matt Hancock on 15th July 2020.

To its credit the Scottish Government has led the way; and on 1st September 2020, First Scottish Minister Nicola Sturgeon confirmed that Holyrood had accepted, in full, the recommendations of Baroness Cumberlege and would be appointing a Scottish Patient Safety Commissioner, “the emphasis of this new role is on the patient voice within the safety system.”  Moreover, on 13th September 2020, Andrew Davies, Shadow Minister for Health announced that a Welsh Conservative-led government would appoint ‘an independent patient safety commissioner in Wales.’ Currently, First Minister of Wales and the Welsh Labour-led government Mark Drakeford has not made any announcements regarding intentions towards the appointment of an Independent Patient Safety Commissioner.

The Independent Medicines and Medical Devices Safety Review findings have had wider reaching ramifications. Primodos, a drug marketed by the West German pharmaceutical company Schering AG, was marketed in West Germany until 1981 as Duogynon. On 16th September 2020 the German Federal Ministry of Health announced it would be launching a review into whether or not the relationship between the regulator then the Federal Health Office today known as the Federal Institute for Drugs and Medical Devices  and the manufacturer then Schering AG, now Bayer AG led to ‘the drug remaining on the market despite concerns about its safety.’

In an article by Jason Farrell, Home Editor at Sky News, published on 19th September 2020, he noted ‘The German government has been reluctant to look into the issue and campaigners in Germany were relying on a breakthrough in the UK. That came after an independent review in Britain found in July that government health regulators had failed patients and that Primodos was responsible for "avoidable harm".’ Although Jens Spahn German Federal Minster for Health, confirmed a research project into possible collusions between the German regulatory authority and the manufacturer; he also made it clear that "all the known findings and the scientific evidence do not currently support a causal link" between the hormone pregnancy test and birth defects.

Marie Lyon, chair of the Association for Children Damaged by Hormone Pregnancy Tests, met with the German Health Committee and MPs in March 2019 to present analyses from Oxford University scientists Carl Heneghan and Jeffrey Aronson. Based on the research conclusions she discussed a possible review of Primodos and Duogynon and its association with ‘increased risks of congenital malformations.’ The subsequent pressure from German politicians calling for a review, together with First Do No Harm findings played an instrumental part in sparking the German investigation into the Duogynon scandal. For Marie Lyon, who has been working with the Duogynon Network, an association for members affected by Duogynon, since 2012, the announcement came as “a huge step forward for the German campaign group and one we thought we would never see happen”.

Back in the UK, in a bid to ensure that First Do No Harm is not ignored on 16th October 2020, six leaders of political parties: Sir Ed Davey, Ian Blackford, Sir Jeffrey Donaldson, Caroline Lucas, Liz Saville-Roberts and Colum Eastwood signed a joint letter to Prime Minister Boris Johnson urging him to ‘instruct the Department of Health to implement the findings of the Cumberlege Review’. According to the All-Party Parliamentary Group on Hormone Pregnancy Tests on 28th October 2020, Sir Keir Starmer added his signature of support, a notable action, because all seven opposition party leaders have presented a united front in calling on Boris Johnson to implement the Independent Medicines and Medical Devices Safety Review recommendations “in full and without delay.”

The UK government failed in its duty to regulate Primodos. The health care system failed in its duty to protect patients.  These failures resulted in avoidable harms spanning decades. For Primodos survivors these alleged life changing harms include: cardiac malformations, musculoskeletal, neurological, neurogenetical malformations, miscarriage and stillbirth. However, it was not the role of the Independent Medicines and Medical Devices Safety Review to determine whether or not there was ‘a causal association between HPT use and physical malformations’. Therefore the review findings have not laid to rest scientific debate around the contested harmful nature of this synthetic sex hormone. And so there are still open questions regarding claims about the effects caused.

What is significant, is that Recommendation 4 of First Do No Harm states ‘The state and manufacturers have a moral responsibility to provide ex gratia payments to those who have experienced avoidable damage from the interventions we have reviewed.’  First Do No Harm may not have determined a causal association but recommendation 4 suggests that the Independent Medicines and Medical Devices Safety Review findings are a long way from establishing harmlessness. 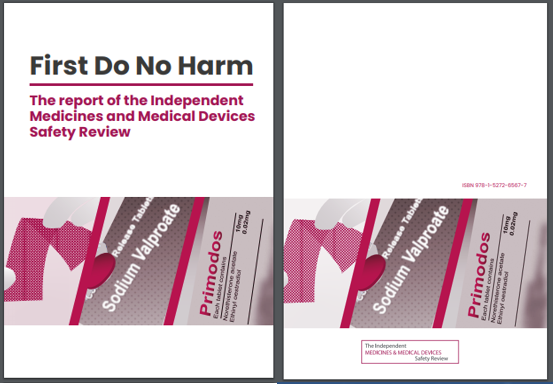 Image source: First Do No Harm

Now is not the time for the Government to unnecessarily prolong further suffering. It is time for these survivors of Primodos (and of sodium valproate and surgical mesh) to get the recognition and justice they so rightly deserve. In line with Recommendation 2, the appointment of an Independent Patient Safety Commissioner who will champion the patients’ voices and perspectives is long overdue. Furthermore, in accordance with Recommendation 9, action must be taken immediately to set up a task force in order to schedule a timetable for the implementation of the remaining recommendations as set out on 8th July 2020 by First Do No Harm.

To find out more about the Association for Children Damaged by Hormone Pregnancy Tests (ACDHPT) campaign and keep up to date with news, visit primodos.org. In addition, there are a number of ways you can support the campaign: