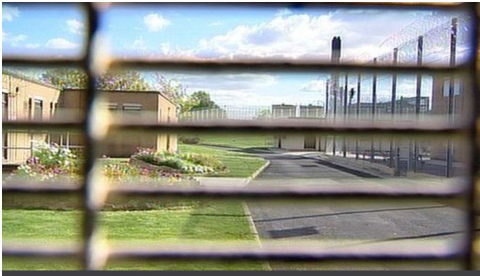 In April 2020, we provided expert legal evidence to a court case involving a terminally ill prisoner. To the best of our knowledge this is the only legal case to date calling for the release of a dying prisoner in the context of the elevated risks to prisoner health through the spread of COVID-19 in prisons.

Prisons are crowded and unhygienic environments which historically have been hot-beds for the spread of contagious diseases, such as tuberculosis.  Many prisons are vermin infested and in a poor state of repair. They are often also draughty, something also significant given the recent evidence of how COVID-19 can spread through the air. A number of prison cells do not meet the basic international standards and minimum rules with regards to size or conditions and some prisons, such as HMP Coldingley and HMP Long Lartin, hold prisoners in cells with no integral sanitation.

Epidemiologists and other experts, including the government’s own advisors from Public Health England, have noted that unless there was a radical reduction in the prison population, which on 21st February 2020, stood at 83,695, then there could be a humanitarian catastrophe resulting in up to 3,000 prison deaths.  Whilst government initially seemed persuaded by these arguments, any possibility of a radical reduction in prison numbers disappeared off the political agenda almost as quickly as it had arrived.  By 12th February 2021, the prison population had declined by more than 5.000 during the pandemic to 78,188 and this small and almost certainly temporary reduction in numbers is now considered sufficient by a government clinging tightly to a ‘law and order’ ideology at whose centre stands the prison.

Since March 2020, penal policy has followed a bifurcated strategy aimed at expanding the capacity of single-cell occupancy (by around 500 places) and containing the spread of the disease through cohorting, which brings together prisoners who actually had symptoms of COVID-19; shielding, which is very similar to the notion of isolation within the broader community; and maintaining social distancing through an authoritarian lockdown which has  dramatically curtailed the already limited prisoner interactions prisoners have with each other and the wider community. This strategy, which is dehumanising and hugely harmful to prisoners’ physical and mental health, has denied them visits with their family and left them isolated in prison cells for up to 22 and a half hours a day. In a thematic study published on 11th February 2021 exploring the impact of the pandemic on prisoners, the HMCIP found incontrovertible evidence that the ‘cumulative effect’ of the prison lockdown was having a devastating impact on ‘prisoners’ emotional, psychological and physical wellbeing’.  Whilst some prisoners do have access to telephones, in-cell sanitation, showers, computer games and televisions, all too many are living in bare and austere prison cells.  One embarrassingly antiquated response of the Prison Service in an attempt to keep prisoners occupied during the lockdown has been to give them crayons and colouring in books.

It is too early to tell just how harmful this lockdown is going to be in terms of the wellbeing of prisoners, or indeed, how people are going to react once the lockdown is lifted and there is an outlet for their pent-up frustration.  What we do know is that in 2020 there were 318 deaths in prison in England and Wales and that 67 (of those currently classified) were self-inflicted deaths. In December 2020 alone, there were 24 Covid-19-related prisoner deaths and between March 2020 and January 2021, at least 86 prisoners died from the disease.  In this same 10-month period, 10,345 prisoners tested positive for Covid-19 – which is about 1 in 8 of the prison population - indicating the limited effectiveness of the current authoritarian approach.  We also know that there has been a dramatic increase in the number of self-harm incidents in women’s prisons, where according to Ministry of Justice data, during the 12 months from September 2019-September 2020 there was a reported 3,557 incidents of self-harm for every 1,000 women prisoners. It has also been recently reported that the first six months of 2020, 15,615 prisoners were put on ACCT (assessment, care in custody and teamwork) / suicide-watch plans in prisons in England and Wales, which is a significant increase on the numbers from the previous year.

In March 2020, we were approached by a member of the legal team representing a terminally ill prisoner in HMP Stocken who had bladder cancer.  The prisoner had a life expectancy of somewhere between three to 18 months but had been denied compassionate release under the Prison Service Order 600 and the Criminal Justice Act of 2003. The significant thing about compassionate release is that it is permanent, rather than release on a temporary licence (ROTL).

For various reasons, compassionate release was denied. His lawyers asked us to submit written evidence indicating the limitations of the existing lockdown policy and highlighting some of the difficulties that a prisoner would face in terms of living with a terminal illness in the context of COVID-19.  Our first submission drew attention to concerns raised by Her Majesty’s Chief Inspector of Prisons about the unhygienic environment in HMP Stocken, as well as evidencing broader concerns about the spread of COVID-19 in prisons across the country.  Our submission was in compliance with the broader position of the prisoner’s legal team that the current government approach to COVID-19 in prisons was presenting an existential threat to life and, more broadly, was a breach of human rights.

The Ministry of Justice’s case was that as the prisoner had perpetrated a violent crime and there was some ambiguity about how long he had to live, that he would continue to present a threat and was, therefore, a risk to public protection.  They argued that the Prison Service had made what they considered to be reasonable adjustments to existing policy to accommodate people who were terminally ill within prisons.

One of the basic rules for those giving expert evidence to the courts is that any claims made in written or verbal submissions must be fully substantiated by evidence and that the function of the expert is to help the court come to an informed decision rather than present an argument from a given political or ethical standpoint. Any claims must ‘stand up in court’ and rightly should be subjected to the greatest of scrutiny.  Yet, in their formal written response to our first submission, the state’s lawyers largely side-stepped the evidence we had marshalled and instead indicated that we might be less than credible witnesses because we were, and are, closely associated with the hugely nuanced and sophisticated theoretical and ethical perspective of abolitionism. Our submission was dismissed because we argued simply ‘against imprisonment’. This is a classic tactic pursued by the state when it has little or no answer to challenges to its authority: discredit critics, apply pejorative labels, simplify complex positions and suggest critics are biased while implying that the state’s position is exemplary and value free. It is the politics of distraction.

Operating within a very short deadline, we drafted a second submission, reiterating the evidential basis of our first submission and questioning some of the assumptions of both the prison service’s evidence and the skeleton case for the state. The government’s response was that HMP Stocken had introduced a successful shielding situation, and thus because of the reasonable adjustments made there would be no difficulties with the spread of COVID-19. This has proved to be a dangerous and inaccurate assumption.  On 18th February, according to a report in the Times, Public Health England indicated that 92 out of 117 prisons had experienced an outbreak of the virus. In the previous week, ‘an outbreak at HMP Stocken caused Rutland, England’s smallest county, to have the highest infection rate in the country with around about half of 199 new cases reported in the prison’. The local Rutland and Melton MP Alicia Kearns indicated that the number of COVID-19 infections at HMP Stocken at this time was approximately 100 prisoners.  According to the Times, ‘ten of its inmates [prisoners] ended up in intensive care in local hospitals’.

The case wended in a stalemate, when the Secretary of State’s legal team indicated that the prisoner might now be considered for release on temporary license, the ROTL.  Prior to the court hearing it had appeared that any possibility of ROTL was impossible and therefore had not been fully pursued.  The prisoner’s legal team continued to work for his release (both on ROTL and compassionate grounds) and drew upon the evidence we had submitted to strengthen their case.  In early August 2020, the prisoner was permanently released on compassionate grounds under Prison Service Order 600 and the Criminal Justice Act, the grounds that were originally pursued by the legal team.

The acceleration in COVID-19 cases in prison, and the traumatic physical and psychological impact of the lockdown on prisoners and their families, raises profound questions about the government’s strategy for protecting prisoners and ensuring their safety. It also raises profound questions about the abject failure of Ministers to grasp a unique opportunity to begin the process of radical decarceration, removing people from prison and investing in well-funded, well-staffed alternatives to custody. However, this government, like its Conservative, Coalition and Labour predecessors, remains welded to an iron, law and order ideology which, despite all of the evidence to the contrary, unconditionally supports the misplaced idea that the prison acts as a bulwark against crime - or at least crimes committed by the poor and the powerless as the systemic criminality of the powerful, and the harms they generate, remain protected by an unapologetic culture of immunity and impunity. Jeffrey Reiman and Paul Leighton’s powerful assertion that ‘the rich get richer and the poor get prison’ remains as true now in the middle of a pandemic as it ever was. The corrosive failure to develop radical alternatives to the prison is not simply a political choice but represents a moral failure of the highest degree. To detain dying prisoners inside until literally their last breathe is shameful. However, asking government Ministers to feel ashamed is like asking not only for the moon but for every star in the universe. Such a move requires a degree of self-awareness and humanity which the inhumane logic of neoliberalism, and the starkly degrading policies and practices of state institutions, neither encourage nor support. That is the brutal reality for prisoners, and their families, in this pandemic.

This blog was published simultaneously by the Harm and Evidence Research Collaborative at The Open University and the Centre for Criminalisation and Social Exclusion, Liverpool John Moores University. See: https://oucriminology.wordpress.com/