Remembering and forgetting the Woolf Report 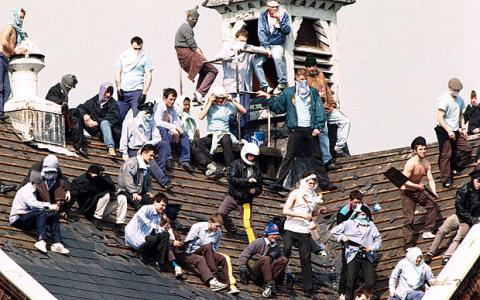 Remembering and forgetting the Woolf Report

Lord Justice Woolf’s Prison Disturbances April 1990: Report of An Inquiry (1991) is widely regarded as one of the most innovative and progressive reports in the history of prisons in England and Wales.

The Woolf Report (1991) was commissioned in the aftermath of the disturbances at HMP Strangeways between 1 – 25 April 1990. The Strangeways disturbances were the longest in UK penal history and sparked riots in twenty-five further institutions, including Glen Parva, Dartmoor, Cardiff, Bristol and Pucklechurch. On publication the Woolf Report was acclaimed as the blueprint for prison policy for the next three decades. So, should those of us looking to end the barbaric penal regimes pertaining in prisons in England and Wales today, still be looking to Woolf for inspiration nearly 30 years on?

First of all, the proposals of the Woolf Report were not really that innovative. Many of the assumptions of the Woolf Report are based on the ideas of penal realism and the concept of “humane containment”, first articulated in the 1969 Home Office white paper People in Prison. Recognising that prisons are expensive ways of making people worse, penal realism calls for a minimum use of custody; minimum use of security with greater links between the community and the prison. Prisons should contain prisoners in safe custody and daily conditions and practices grounded in universally agreed basic standards.

Yet although the report went beyond merely a focus on ‘security and control’ and also advocated ‘justice’ as the third of his key themes, he tied this commitment to the Prison Service to follow its own Statement of Purpose. Prison authorities are under an obligation to look after prisoners with humanity and to help to encourage their charges to live a law-abiding life both whilst in custody and after release.

Second, the proposals of the report were not really that progressive. Although Woolf made 12 central recommendations and a further 204 supporting recommendations, his proposals were largely policy signposts that were not very specific in terms of their application and he largely restricted his analysis to administrative questions, offering minor adjustments and revisions to the aims, policies, and procedures of the prison.

Further, his apparently liberal reforms were often justified on a consequentialist basis which were predicated on prisoner responsibilities and, in the long run, reducing re-offending. This included his promotion of ‘justice’ (which meant procedural fairness and decent living conditions). Prisoners had a legitimate expectation, not an absolute legal right, to be treated humanely. The commitment to decent prison conditions was predicated upon prisoners acting with responsibility. Lord Justice Woolf was:

… not seeking to achieve more comfortable surroundings, greater luxuries or increased privileges for prisoners for their own sakes. To think that would be to fundamentally misconceive the argument. We are seeking to ensure that a prisoner serves his sentence in a way which is consistent with the purpose behind the courts decision to take away his liberty and his freedom of movement, while ensuring he is treated with humanity and justice.

Prisoners were conceived to have privileges that could be earned by good behaviour, rather than inalienable rights. Further, the main aims of the report were undoubtedly to restore the authority, legitimacy and stability of the prison service and ultimately to create an environment that would reduce the likelihood or prevent a re-occurrence of the events of April 1990.

The liberal line adopted limited the report and failed to evaluate the deeply problematic nature of punishment or examine those intractable and inherent problems reflecting the deep malaise in the prison estate. Rather than open up the agenda to questions regarding the actual legitimacy of imprisonment, the aim of the report was to silence such radical critique. The parameters of legitimated knowledge remained relatively unchanged by the report, as did any progress towards a genuine commitment to assess the role of prisons from a human rights perspective.REPORT THIS AD

Given its historical significance, it is important that those lobbying for penal change remember the Woolf Report, but this should be as an illustration of how official discourse co-opts progressive ideas. As a blueprint for the future of how we deal with human wrongdoing though, we should forget the Woolf Report. The consensus on prisons that must emerge in our historical conjuncture has to go beyond penal realism and embrace the genuinely innovative and progressive ideas of penal abolitionism.

Contra Woolf, this means focusing on the responsibilities of the powerful rather than prisoners; prioritising the accountability of the state and its agents rather than emphasising that of its subjects; conceiving justice in terms of social justice and the promotion of human wellbeing and the meeting of need for all; and questioning the very moral and political legitimacy of the penal apparatus of the capitalist state.

For those wishing to bring an end to the penal barbarism of the present, inspiration should not come from Woolf, but rather from the grassroots abolitionist movements and all those struggling elsewhere around the globe for the defunding of the police and its replacement by peace officers who are committed to safety and protection. It is only by situating progressive penal change within the context of tackling existing social divisions and the development of social policies that can deliver better housing, education, welfare services and jobs that we will find solutions to the problems that have haunted penal regimes since their inception.

This blog was originally posted on the Centre for Crime and Justice Studies website: https://www.crimeandjustice.org.uk/resources/remembering-and-forgetting-woolf-report

Dr David Scott is a Senior Lecturer in Criminology at The Open University.