The pandemic has worsened already dire conditions for prisoners since the UK Prison Service locked down the prison estate last year. Following drastic changes to the regime, most imprisoned people have since spent between 22 and 23 hours in their cells every day. Since then, there have been wide reports of severe isolation, despair, frustration and worsening mental wellbeing.

As part of these measures, face to face visits from family, access to education classes and offending behaviour programmes, and use of facilities such as the gym and library were all suspended. In seeking to minimise the spread of COVID-19, the Prison Service has created a scenario where prisoners are largely unable to meet the conditions of their sentence plans, see their loved ones or socially interact.

While the pandemic has had devastating consequences for prisoners, many of their experiences were already characterised by pain and deprivation. That’s largely because prison is an inherently harmful environment in part due to uncertainty, dehumanisation, routine surveillance and a lack of autonomy.

However, for individuals who differ from the sort of person most prisons in the UK were originally intended to contain – young able-bodied, English-speaking, hearing, males – these pains are amplified. Groups like women and older people, for example, have experienced significant issues in prisons for years. 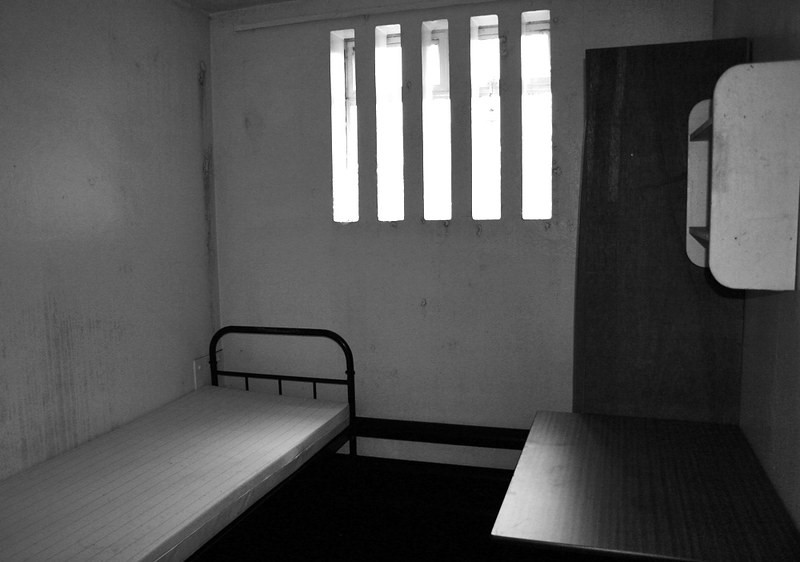 “Prison Cell” by Still Burning is licensed under CC BY-NC 2.0.

These pains are particularly acute for prisoners who are deaf or Deaf. Those who are Deaf with a capital D are users of British Sign Language (BSL) - a visual language structured differently to written and verbal English. These individuals are considered part of the Deaf community, where Deafness is valued as part of their identity. Whereas deaf people are those who have difficulties in hearing, who often use spoken and written English and view their deafness as an impairment.

Many prisons are ruled by sounds like tannoys, bells, alarms and voices. Without access to sound adjusting equipment, the provision of which is inconsistent and sometimes non-existent, d/Deaf prisoners can become very isolated and confused, commonly feeling like they have little option but to withdraw from social life and prison more broadly. What’s more, without being able to hear, incarcerated d/Deaf people often have difficulty in meaningfully engaging in education, training or rehabilitative programmes that rely on English (written and spoken) for communication.

Similarly, important information (such as prison rules) is provided in a written format which cannot easily be understood by many Deaf prisoners because BSL is visual and structurally different to verbal and written English. This can lead to confusion about how they’re expected to behave. This combined with a lack of access to relevant programmes and courses can result in increases to the length of prison sentences, as it leaves Deaf people unable to fulfil the requirements of their sentence plans.