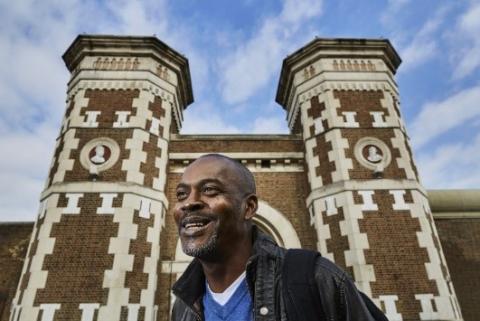 ‘Why educate prisoners’ is a question that is always implicit in UK penal policy but, rarely ever explicitly addressed. For instance, the most recent government review of education in prisons which was conducted by Dame Sally Coates in 2016 failed to address this question directly. Admittedly, the review focused on prisoners’ access to education and the quality of education provided. However, it was a missed opportunity to state or restate the reasons and benefits of educating prisoners to their full potential. This blog addresses this question head on.

Although widely known for their brutality, the Victorians were the first to recognise the futility of simply locking people up in the pursuit of punishment without doing something to address the underlying issues that brought them to prison. Their solution was to give prisoners access to learning and instructional activities (another term for education). Indeed, this has become one enduring feature of the UK’s criminal justice system. However, when it comes to Higher Education in prison, the approach is currently somewhat chaotic, which means that for many prisoners, access to Higher Education can be a lottery, depending on the particular prison that they find themselves in.

For example, structural barriers such as the so-called ‘six-year rule’ has the effect of restricting and discouraging engagement with the limited Higher Education opportunities available to prisoners. The six-year rule requires prisoners to be within six years of their earliest release date, in order to secure a student loan to fund their undergraduate degrees. This clearly restricts the number of prisoners who are eligible for loans and blocks some students from accessing HE. Indeed, no other cohort of potential Higher Education student is subject to any such condition.

Education as a human right

According to the United Nations Special Rapporteur on the right to education, Vernor Muñoz, “learning in prison through educational programmes is generally considered to have an impact on recidivism, reintegration and, more specifically, employment outcomes upon release. Education is however much more than a tool for change; it is an imperative in its own right.” (Munoz, 2009). However, like other civil, political, economic and social rights denied to prisoners, the right to education is inequitable to what is available to their peers in the community.

Education as a public good

According to the Ministry of Justice, "research evidence strongly suggests that education in prison can help people desist (move away) from offending". The UK has one of the highest rates of reoffending in the Western world and this comes at huge costs to both taxpayers and victims. Encouraging engagement with education in prisons should be a priority as it has been shown to work in reducing reoffending.

According to official sources, 42% of adult prisoners report having been permanently excluded from school. Out of 101,600 learners, under the previous OLASS (Offenders’ Learning and Skills Service) contracts for prison education, only 100 prisoners participated in a full Level 3 course (equivalent to ‘A’ level) in 2014/15, with none participating at Level 4 which is equivalent to first year undergraduate or above (MoJ, Unlocking Potential, 2016). Recognition of the importance of education in prisons appears to have been lost (Coates, 2016). Considering that most prisoners will eventually be released back into the community at some point, there is a need to ensure that they develop the right skills and gain useful qualifications whilst in custody, to help facilitate their successful reintegration back into society. Thus, they may be better able to avoid the ‘revolving door’ that prison can be for many people.

Many people would agree that the prison presents a difficult and challenging environment for both prisoners and staff, especially those working on the Wings. For instance, the threat and use of violence is a constant feature of daily prison life and it has been noted that “There is no evidence punishment works under any circumstances but much evidence that punishment (especially severe punishment) encourages violent or otherwise undesirable behaviour.  Thus, the idea that the particular punishments that prisons deliver will transform people and encourage (or force) them to lead better lives upon release is fundamentally flawed.” (Drake and Scott, 2017). Conversely, a prison full of people engaged in purposeful learning activities which can help improve their well-being and is likely to generate a different, more positive atmosphere.

Academic research conducted by the Prisoner Learning Alliance (PLA), a network of academics with an interest in prison education suggests that education in prison serves many purposes and significantly improves prisoners’ sense of well-being, an antidote to what Sykes (1958) describes as the ‘pains of imprisonment’. Other benefits include increasing human and social capital, knowledge, skills and employability.

As someone who has been involved in education in prisons for almost two decades now, my experience has provided me with unique insights and knowledge about the value of educating those in custody.

As a student in prison, I found a culture where learning was disincentivised, almost frowned upon. The idea that you could put your time to better use than education was ever present and that can have a draining effect on a student.

As a regional manager for a university with students in prison, my role involves working with the prison authorities to facilitate higher education (HE) study in their establishments. My experience in this role has helped to highlight the many difficulties faced by both prisoners who wish to engage in higher level study and prison staff who are tasked with supporting them.

I also lecture Year 1 criminology students and have a number of prisoners in my student group. In my experience, these students are amongst the most dedicated and committed you can come across. This is magnified when you consider the conditions under which prisoners are forced to learn and study.

The benefits of educating prisoners are numerous. For example, education can aid prisoners’ personal development and improve their sense of well-being, thereby contributing to an improved prison environment for prisoners and staff alike. In addition, it can help to reduce the financial cost of reoffending and the number of victims of crime, thus helping prisoners with their successful reintegration back into society. This, I believe, is a key objective for the prison service.

This blog was originally posted at OpenLearn – https://www.open.edu/openlearn/society-politics-law/society-matters/should-we-educate-prisoners – and is accompanied by a short film at BBC Ideas, https://www.bbc.co.uk/ideas/videos/how-i-went-from-prisoner-to-phd/p08mpxt.