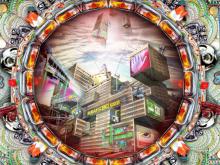 This theme examines the development of BBC radio broadcasting in South Asia. It analyses the ways in which the BBC in South Asia is integrally and indissolubly intertwined with ‘critical events’ and shifting geopolitical priorities: from the imperial and diasporic imaginings of the Empire Service, to its dissolution and the expansion of South Asian language services during World War II for the purpose of countering ‘enemy broadcasts’; from Independence, partition and decolonisation, including the BBC’s subsequent role in mediating postcolonial conflicts and wars and Cold War tensions, to its most recent ‘war on terror’ phase with its unspoken aim of promoting a British version liberal democracy around the globe.

The theme highlights how the often intimate engagements of diverse audiences in South Asia and its diasporas with the BBC have changed in response to technological innovation and geopolitics. We emphasise the distinctiveness of the BBC voice, especially the ‘right kind of diasporic voice’, and its acoustic power and presence in South Asia. We highlight how the rapid expansion of South Asian mediascapes – especially in India is undermining the privileged position that the BBC South Asian services have enjoyed for nearly eight decades. Digital technologies are facilitating the emergence of ‘digital diasporas’ as South Asians across the world log on to consume news with alternative perspectives to news providers in South Asia, and to engage in disaporic debates, often with unintended and unforeseen consequences.