Couple Relationships in the 21st Century 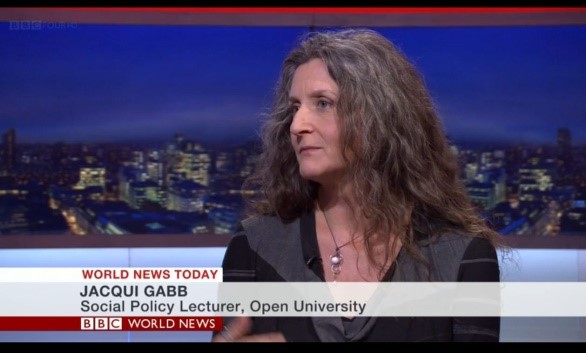 Media interest in Enduring Love? study findings has been extensive and remains on-going. Features have appeared in national and international media and continue to inform public debate on how contemporary couple relationships are sustained. Media coverage of the launch of findings reached an audience of over 72 million people (Precise 2014). 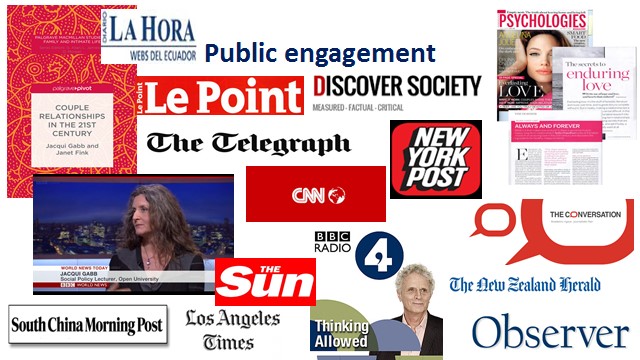 Lead investigator Jacqui Gabb has been interviewed for BBC World News (13/0 1/2014) and Brazil TV (11/02/2016), and news features and discussion have appeared on BBC Four News and ITV Loose Women. 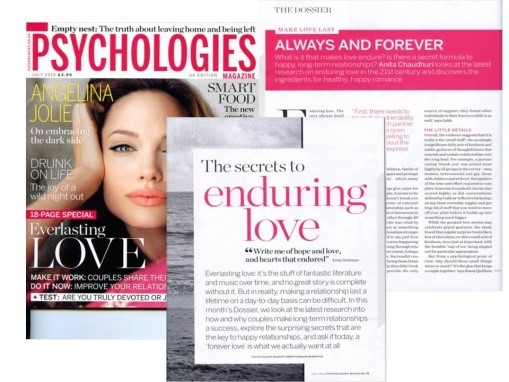 On 26 May 2013 Jacqui Gabb was invited to speak on BBC Radio 4's Women's Hour on how couples are sustaining long-term relationships.

In the broadcast Jacqui explored why friendship is critical in long-term relationships and how the idea of love is transfomed in these relationships. Jacqui also addressed the cultural and personal expectations surrounding sex and intimacy and the importance of finding ways to work through the stressors and bad times together.

Listen to the Woman's Hour programme

In a 3 part series the Radio 4 programme Thinking Allowed explored the changing nature of home. The series examined who do we live with? How do our homes operate? What do they say about us and how does this reflect the dramatic social transformations of the last century and the century to come?

In the last of the series sociologists Jacqui Gabb from the Open University and Peter Bramham from Leeds Metropolitan University, accompanied Laurie Taylor to a village near Preston in Lancashire to meet what is sometimes called a classic 'nuclear' family.

In a collection of audio and video podcasts, couples reflect on love and commitment, the impact of children on relationships, and the 'relationship work' which couples do to sustain their relationships.

Listen to the iTunes programmes

For further details on the project and all media enquiries, please contact:

Chair of Sociology and Intimacy