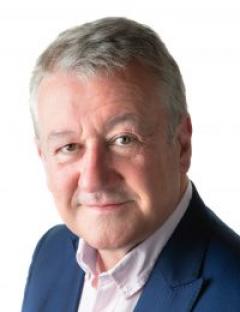 As part of the Crichton Conversation programme, The Open University in Scotland is delighted to be sponsoring this event.

Allan Little is one of Scotland's most distinguished journalists.

Born and raised in Galloway he was educated at Edinburgh University. He joined the BBC in 1983 in Glasgow, moving to London in 1985 to train as a reporter. He rapidly joined the Today programme moving into foreign news in 1989 and his first major assignment was the fall of communism that year.

Allan has reported from more than 80 countries, several wars and revolutions as well as natural disasters. He has covered the European crisis and led BBC coverage of the Scottish Independence referendum.

Among awards he has won Reporter of the Year and the Charles Wheeler Award for outstanding contribution to Broadcast Journalism. He is presently chair of the Edinburgh International Book Festival.

Details on how to book your place at this event are available on the Crichton Foundation website.

The Open University is one of the campus partners at the Crichton Campus in Dumfries. 2019 is the year the OU celebrates its 50th anniversary.

A free short course, Writing what you know is available on the Open University's free learning site, Openlearn.