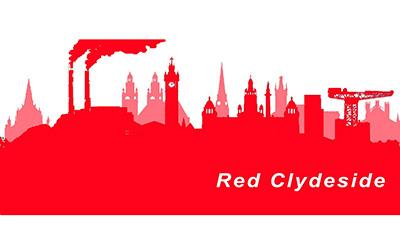 On 31 January 1919 a violent confrontation between the police and over 60,000 workers striking for a 40-hour week took place in George Square in Glasgow.

Now, The Open University has launched a free, online course that explores what led to the infamous events of that Friday, and the legacies of the Red Clydeside period.

Revisiting Red Clydeside is on the OpenLearn website, The Open University’s home for online learning. The six-part course uses the Battle of George Square as a starting point for reflecting on the Red Clydeside period and to understand the impact it has had on the politics of Glasgow, Scotland and even the wider UK.

Dr Gerry Mooney, senior lecturer in social policy and criminology at The Open University, designed the course to help the public find out more about how events from over 100 years ago could still shape our industry and society.

Dr Mooney said: “There have been many myths surrounding the events of 31 January 1919.

“Tanks were not deployed in George Square to quell a revolution, for example, although they would have been made available to the troops who were a visible presence throughout the city centre and around key buildings.

“It was a watershed moment for trade unionism. Rank and file workers challenged trade unions officials and, ultimately, they were successful in reducing workers’ hours.

“Since 1919, Glasgow’s George Square has witnessed countless protests. There has been at least one large-scale public sector strike on the square every year since 1997. We want to reflect on how 1919 still influences civil discourse and public protest in Glasgow.”

Revisiting Red Clydeside puts the period in its historical context and considers key events like the 1915 Glasgow Rent Strike and the formation of the Clyde Workers Committee as well as the period’s enduring controversies.

Last year, The Open University gathered with trade unionists, councillors and campaigners to commemorate the centenary of the battle on George Square. Revisiting Red Clydeside uses video from the event to bring the history to life, as well as articles and photos from the turbulent period.

OpenLearn comprises around 1000 short courses, which range from one hour to one day of study. Thousands of articles, quizzes and interactive games; videos and audio and posters bring subjects to life. Once complete, students gain a statement of participation to share their achievement with others. Resources are available on YouTube, to download on Kindle and more.