Dr Julie Robson is a geologist and Senior Lecturer in the School of Environment, Earth and Ecosystem Sciences, The Open University in Scotland.

Just as geologists were central to the story of Scotland’s first commercial gold mine in the village of Tyndrum, she also explores the critical role of geological knowledge in the sustainable management of our planet and its resources.

The word “gold” conjures up many different images from sparkling jewellery, gold bullion, to tales of the historic gold rushes of America and images of mines.

Scotland is not however a place that automatically comes to mind when thinking about this precious metal, so the fact that gold can be found in Scotland may come to many as a surprise.

The new mine at Tyndrum is not however totally unexpected news as the presence of gold in Scottish rocks has been known for a long time, having been used for the Scottish crown in the 15th and 16th centuries.

Knowing where gold is present and accessible does not necessarily mean that it can be retrieved commercially. 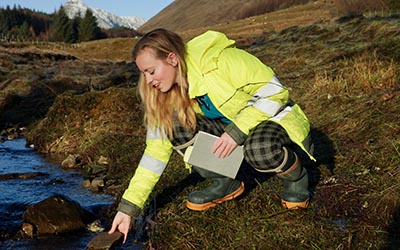 Often the gold itself is invisible to the naked eye as it occurs in microscopic particles. It is also very rare, being present at 0.0011 parts per million, or 0.0011 grams per metric ton in the rocks that form the earth’s surface (called earth’s crust).

This also partly explains why gold is so expensive which also makes it desirable for us to own.

You may then wonder how we find gold at all, never mind in Scotland. This is where geology and geologists are needed.

Geology is the science that studies the structure of our planet, of the rocks that surround us and lie beneath our feet, and the processes that formed the world we live in today.

Geologists are people like Charlie King and George Riley working in the Cononish mine who feature in the documentary and use their knowledge and skills to understand and interpret the geological resources and processes that provide the minerals, metals and energy that humans need.

The gold at the Cononish mine lies deep underground, concentrated in a linear quartz band (vein) that cuts through the surrounding rocks. The vein also resulted from geological processes that formed the landscape millions of years ago.

The actions of surface processes involving wind and water seek to wear down the landscape, eroding and weathering the rocks that have been brought to the earth’s surface. Soils, sands and gravels in streams and rivers are some of the results of these processes.

As rocks are broken down, they are removed from their source area and transported away by air and water, often for long distances before being deposited again.

It isn’t a huge stretch of the imagination then to realise that gold can also be transported away from its source area. This is why you hear stories of gold nuggets being found in streams and rivers – the gold was transported there from its source and settled out of the running water.

Geologists also know that gold particles can end up in soil and exploring the area of Tyndrum collecting soil samples for analysing is part of Charlie and George’s work as exploration geologists, looking for the next gold target area. 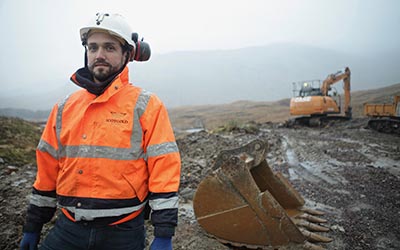 Geological knowledge informs how, where and when we can build our structures safely, from houses and roads, to dams to coastal and flood defences. It helps us understand and mitigate the effects of natural hazards from landslides to earthquakes.

We can utilise our knowledge of geological processes to develop sustainable energy sources, while technological developments enhance the extraction of minerals and elements needed for everything from building materials through mobile phones to medical equipment, while conserving the environment.

It is an interdisciplinary subject that inspires young people to study it and universities to produce new courses like the Open University’s BSc Geology. Whether interest lies in what is under our feet on earth, or the structure and composition of other planets, geology is important in many aspects of our lives today.

Visit the Gold Town page on OpenLearn, to find out more about the series, watch interviews with geologists, and for information on related OU qualifications, modules and free courses. 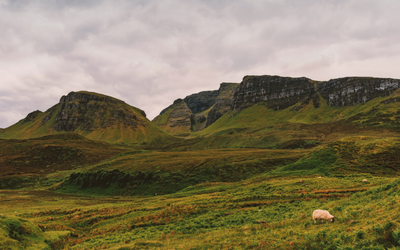 The Open University in Scotland has contributed to a new framework, which helps organisations and communities around the world adapt to climate change. 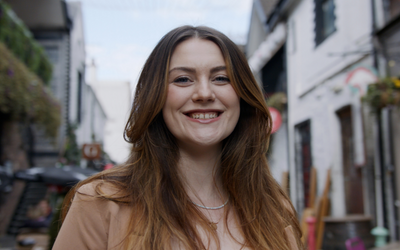 The Open University in Scotland student, Carly McCluskey from Glasgow is the final student to feature in MTV’s ‘Generation Change’ campaign.