How I turned to a life of crime writing: Olga Wojtas at Bloody Scotland 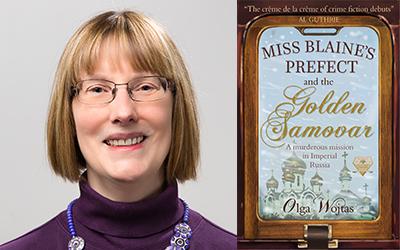 “I didn’t realise I had written a crime novel until my publisher informed me, just before publication. I thought I had written a romp, albeit one with a significant number of murders.”

Olga Wojtas, a former Open University creative writing student, will be one of four authors discussing their debut novels at a Bloody Scotland festival event in Stirling this month (September 2018).

Alex Gray, co-founder of Scotland’s international crime writing festival Bloody Scotland, has invited Olga and three other writers to discuss their novels and what led them to writing, with the audience of crime writing experts.

The decision paid off. Olga’s novel Miss Blaine’s Prefect and the Golden Samovar was published in early 2018 and has earned excellent reviews. One critic described the novel as a ‘thrilling and fast-paced tale of time-travel, murder, mayhem, matchmaking and manners’.

Olga’s appearance at Bloody Scotland will be her first at the crime writing festival, where she will be among the crème de la crème of the genre – fitting for a writer whose novel combines murder with Muriel Spark. Olga attended the same school as Muriel Spark, James Gillespie’s in Edinburgh, which was an inspiration for Spark’s most famous novel, The Prime of Miss Jean Brodie.

“I’m hoping that the Bloody Scotland event will give the audience an insight into how writers find their inspiration, how plots thicken and how we shape suspense. From my perspective, I love finding out how other writers work and what encouraged them to put pen to paper,” said Olga.

“As the daughter of an English teacher, I always had a love of words. However, I treated writing fiction as a hobby, or something not very serious, until I signed up for The Open University’s Advanced Creative Writing course.

“The course was so stimulating and the reality of deadlines, homework and the camaraderie of the online group all made me treat writing seriously for the first time.

“One assignment called for us to write a scene for a novel: the scene I wrote is now part of Miss Blaine’s Prefect and the Golden Samovar. The ideas bubbled for around 10 years until I finally wrote a full novel, although it took one week in a recycled freight container and a particularly terrifying duck to make me write the first 20,000 words.”

To find out how a duck could terrify a former journalist-turned-aspiring-author into writing a third of her novel in one week, meet Olga in person at Alex Gray’s New Crimes event at Bloody Scotland in Stirling on Saturday 22 September 2018, 2:00 pm - 3:00 pm. The OU is pleased to be one of the festival’s sponsors.

You can try Creative Writing course content for free, on the OU site OpenLearn, such as Start writing fiction. 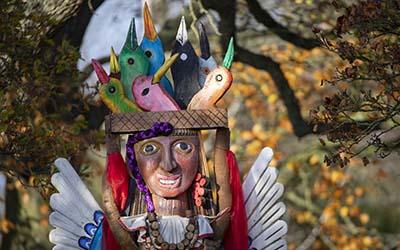 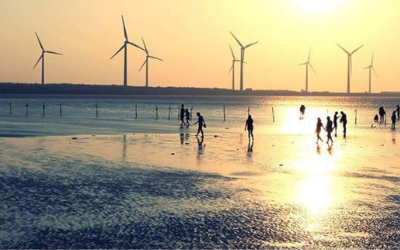