According to The Open University’s annual business report published today (7 October 2021) in partnership with the Institute of Directors, UK employers are facing a skills shortage when it comes to hiring specialist, entry level talent.

In fact, almost half (42 per cent) of Scotland’s businesses believe finding staff with the right skills will be the biggest challenge in the next 12 months, with more than a third (36 per cent) stating the problem will remain for the next five years. Despite the challenges associated with hiring entry level talent, more than half of business leaders (57 per cent) believe that work-based learning is critical to their long-term success.

In the survey amongst 1,500 senior organisation leaders in the UK, a fifth of the respondents were based in Scotland. The Business Barometer report is a temperature check on the UK’s business landscape across a range of sectors.

The skills shortage gap has remained a challenge for Scotland, with more than half (61 per cent) of organisations saying that the pandemic has made it harder to recruit candidates with the right skills.

The Open University in Scotland is encouraging employers to engage in a continuous culture of learning and development that allows organisations to “grow their own” talent.

Susan Stewart, Director of The Open University in Scotland said:

“The ability to find specialist talent is a significant challenge for business leaders today. The results of our survey show that the challenge hasn’t improved in the last twelve months and is here for the long term.

“Organisations across Scotland are supported by work-based learning opportunities from the OU, enabling them to retain their existing workforces while plugging crucial skills gaps.

“We look forward to the Scottish Government releasing its ten-year economic strategy and we will continue to deliver on the re-training and upskilling required to meet the needs of the country.”

The survey reveals more than half (52 per cent) of employers in Scotland believe unfilled vacancies overextend their workforce and similarly the skills shortage stifles their growth potential and may impact staff wellbeing.

However, two thirds (66 per cent) of organisations in Scotland are trying to make the workforce more diverse and inclusive, while 64 per cent of employers are looking to spend more on training for existing staff.

Almost three quarters (73 per cent) of organisation leaders in Scotland believe the OU's short courses offered through Scottish Government schemes benefit the local economy, and nine in ten (90 per cent) would consider enrolling.

Louise Macdonald, National Director at the Institute of Directors in Scotland highlights:

“It’s clear that this year’s Business Barometer demonstrates the huge impact that the pandemic has had across Scotland, especially around recruitment, with over six in ten firms reporting they have a skills shortage.

“However, what is also notable is the optimism we are seeing around the potential for more flexible working models to fill skills gaps and an appreciation of the role of apprenticeships to create a pipeline of skilled young people.

“We’re asking policy makers to put inclusive lifelong learning, retraining and upskilling at the heart of decision-making so that cross-sector organisations and individuals can fully take advantage of the opportunities that are emerging as our economy recovers and restructures.” 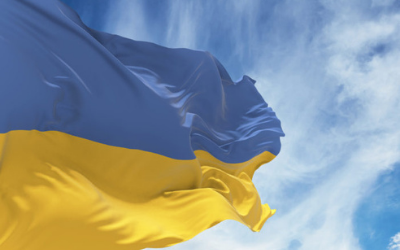 The Open University has launched a raft of measures aimed at helping students and Ukrainians fleeing the war and arriving in the UK. 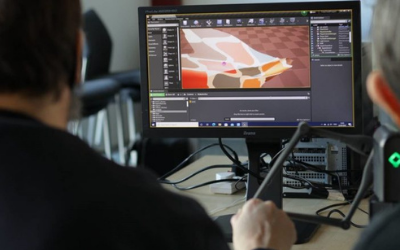 The OU's commitment to research and societal impact is recognised with 82% of its research impact assessed to be ‘world-leading’ or ‘internationally excellent’, by the Research Excellence Framework (REF) 2021.