This week’s episode of Professor Brian Cox’s Universe looks at the dramatic history of the Milky Way and how our galaxy endured multiple collisions with rival galaxies, as it fought for survival.

The third episode ‘The Milky Way: Island of Light', in the five-part series co-produced by the BBC and The Open University, was partly shot in Scotland’s Isle of Skye.

Academic Consultant, Dr Sheona Urquhart, Astrophysicist, lecturer and staff tutor in the School of Physical Sciences, discusses why Skye was the perfect location for this episode.

“You can get an incredibly clear night sky on the West Coast of Scotland, particularly on Skye. On a few occasions, I’ve pitched a tent on the beach in Skye and woken up in the middle of the night to see the Milky Way in all its glory.

“It drives home the fact that you don’t need to travel to exotic places to experience the night sky in all its beauty.

“Some of the best observing I’ve ever done has been in the far North of Scotland. You don’t even need an advanced telescope – all I’d advise packing is a pair of decent binoculars and a flask of tea!

“You won’t believe what you’ll see – you might even catch a glimpse of Auroral activity. 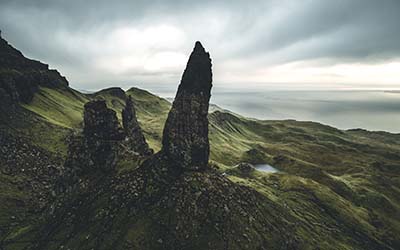 “There are other reasons that Skye was chosen as a location. Brian uses the notion of islands to explain the scale of the universe and our place within it, part of a larger archipelago.

“It’s an interesting notion and shows how we tie in with nature.”

Sheona, featured in the video below, has always been a fan of space and the night sky. She tells us more about how she became an Astrophysicist.

“When I’d visit my Granny, who lived in the Highlands, I’d often ask my family about the sights I was seeing in the sky. Sometimes they knew, but most of the time, they’d just make it up! This encouraged me to find out for myself.

“My Grandad would lend me his old military binoculars – I remember them weighing a tonne, I could barely pick them up – and I’d ask my Dad, who was incredibly tall to kneel down, so that I could balance the binoculars on his shoulders. And so began my life in astrophysics.

“I left high school, went to university and then got my PhD. I did various research jobs and postdocs and was lucky enough to work at a number of UK universities, before joining the OU a few years back.

“My Mum had been an OU student and then an OU Associate Lecturer, so I knew a lot about the OU already, with fond memories as a child of seeing her study."

“I really subscribe to what the OU stands for – making education open to all and as accessible as possible." 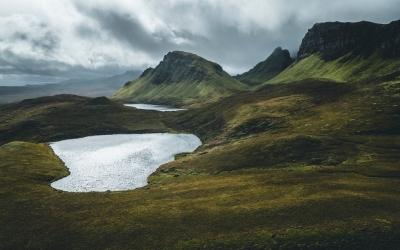 “When I saw the vacancy come up, I had to apply, and it has definitely lived up to my expectations. I’ve been an Academic Consultant on a few BBC and OU co-productions, including The Planets series, which was also presented by Professor Brian Cox.

“My role as an Academic Consultant varies from programme to programme, but for the Universe series it included advising on the overall narrative, checking scripts and using my academic expertise to fact check that the scientific content was accurate.

“I’ve also contributed to the supporting material, such as the poster, which you can order from the OU’s Broadcast site, and additional resources like articles, videos and free short courses. It’s well worth checking out if you’d like to learn more after seeing the programme.

“It’s been a big project to work on, especially as it’s such a specialist subject matter. After a long time in the making, I’m excited to see the finished product hit the screens and hope that others enjoy the series as much as I have. It’s definitely one to watch!”

The third episode of Universe will air on Wednesday 10 November on BBC Two at 9pm and can be watched on demand on BBC iPlayer.

In this short video Dr Sheona Urquhart discusses working on the series and exploring the Milky Way: 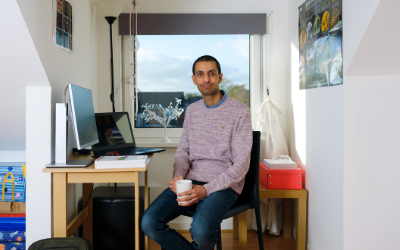