Award for Outstanding Impact of Research on Society and Prosperity

The Individual award for Outstanding Impact of Research on Society and Prosperity in the OU’s Research Excellence Awards 2019 was presented to Dr Geraint Morgan, Faculty of Science, Technology, Engineering and Mathematics, for his research into applying design features based on robust space instrumentation to maintain a safe internal environment in nuclear submarines.

The Team award was presented to Dr Petr Knoth and team, Faculty of Science, Technology, Engineering and Mathematics, for their research into CORE, a widely-known scholarly communication infrastructure service delivered in partnership with Jisc.

The runner-up was  Dr Leah Clark, Faculty of Arts and Social Sciences. for Open Arts Objects (OAO), an innovative project centred on short films that inspire diverse audiences to enjoy and understand art and visual culture.

The awards recognise the outstanding impact/s OU research has had on non-academic groups and enabled or supported prosperity. 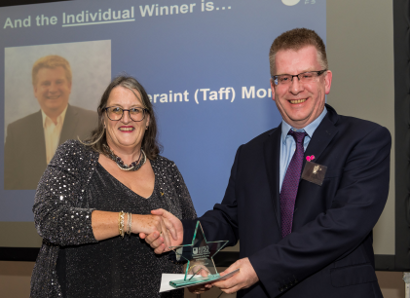 Nuclear submarines are complex vehicles, patrolling a hostile environment 24 hours a day, every day, in some of the most remote places known to man. Maintaining a safe internal environment is crucial to ensuring the health and safety of operating crews. Supply and maintenance of on-board safety systems is thus a key issue in present and future nuclear submarines.

The DAMS project, winner of the Individual award for research impact, led by Dr Geraint Morgan, allowed BAE Systems to work with OU scientists to develop a solution to this problem, offering many of the design features based on robust space instrumentation.

Watch the video to hear more about Dr Morgan's research: 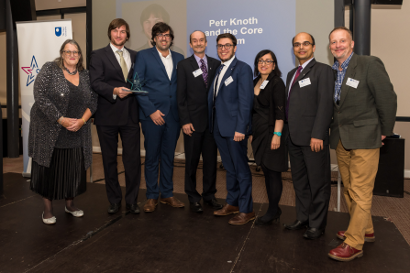 The team led by Dr Petr Knoth, which received the Team award, has established CORE, a widely-known scholarly communication infrastructure service delivered in partnership with Jisc, which provides access to the world’s largest collection of Open Access (OA) research publications, acquired from a global network of repositories and journals.

As of January 2019, the core.ac.uk domain was the 5,448th most used website globally according to Alexa Rank indicating more usage than FutureLearn.

In January 2019, for the first time ever, CORE had reached over 10 million active users in a single month.

Watch the video to hear more about Dr Knoth and his team's research: 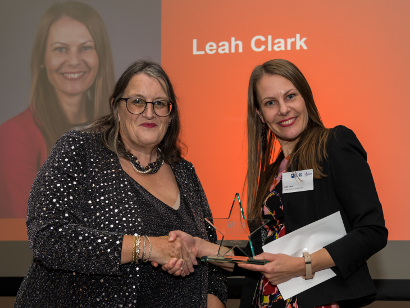 Dr Clark has worked closely with A-level teachers and charity groups to expand the use of Open Arts Objects films and teaching materials in schools and museum education and has changed the way school teachers teach Art History, while the films have also been used by museum education officers to teach the public about their collections.