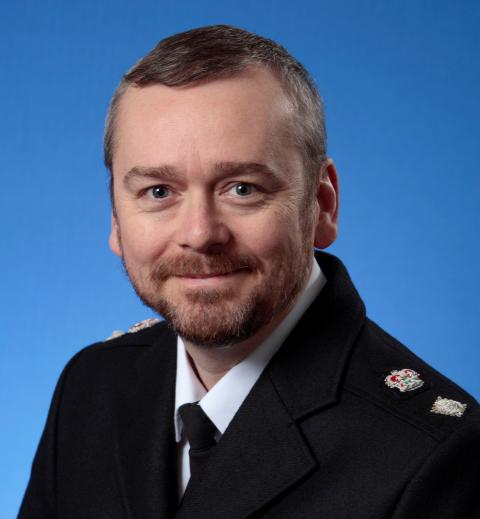 We are pleased to announce that Chief Superintendent Phil Davies from Greater Manchester Police has been elected as Vice Chair for the Centre for Policing Research and Learning.

Phil has been an active member of the CPRL for many years both as a police officer but also as a member of the Open University’s research community as a part-time PhD student where he is studying  “Applications of Complexity Theory in Policing: How agent-based simulation can support police policy-making”.

He brings with him a vast amount of experience as a senior leader within one of the UK's largest police forces, particularly within the disciplines of programme management, organisation-wide thematic governance, and operational critical incident command. He is a keen advocate of academic-police partnerships, where he has worked closely not just with the Centre but also with universities in the North West for the benefit of his force’s evidence-based policing agenda.

Phil is also a member of the Superintendents' Association National Executive Committee where he represents the interests of his peers and the service as part of the team elected to engage with key political, regulatory, and policy leaders in policing.

On his appointment to the role Phil states...

I have always been a strong advocate for close working relationships between police and academic institutions, and the CPRL has grown into an important forum for the police service nationally to engage with practical and useful academic work. It is an honour to be selected for this role in supporting the continued development and growth of this collaboration.