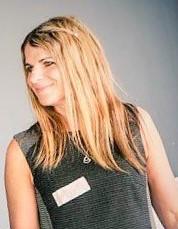 The Centre of Policing Research and Learning has recently appointed Dr Emma Williams to the new role of Director of Research and Strategic Partnerships.  Emma will start in January part-time (60%) in order to complete existing work commitments. She will be full-time from 19 April 2021.  The appointment was made by an academic and police practitioner panel.

The aim of this role is to lead, direct, co-ordinate and ensure high quality implementation of the Centre for Policing Research and Learning’s research and partnerships strategy and objectives in collaboration both with the Centre’s academic research network of more than 50 across the OU and also in collaboration with the Centre’s 22 police organization partners.  The Centre also works with other police forces/emergency services organizations widely in the UK and internationally.

Emma’s arrival will enable Professor Graham Pike to step down from the role of Director of Research, though he will continue to be actively and fully involved in the Centre’s programme of work, as a representative of his faculty in the Centre’s Hub.

Emma said ‘I am absolutely delighted to be joining the CPRL at the OU in January. I have watched the developments of the Centre from afar for several years and have been hugely impressed with their partnership approach to both police research and knowledge exchange. The dedication and commitment to improving policing, with the involvement of police officers at the heart of their approach, at the same time as achieving high academic standards, was central to my decision to apply for the role. I am very excited about what the next year will bring’

Dr Emma Williams joined the Metropolitan Police Service as a researcher in 2001. She worked in territorial policing undertaking evaluative research particularly for the rape improvement programme, Project Sapphire. She moved over to the central strategy department in 2004 as a principal researcher where she led a small team of social researchers working on a number of police related research projects including community policing, rape investigation and public confidence.

In 2010 Emma was offered a secondment to the Ministry of Justice where she worked on the criminal justice reform agenda as a principal researcher in analytical services. In 2012 she joined Canterbury Christ Church University to run their BSc for police officers and was promoted to lead the MSc programmes in 2017. She also completed a secondment to the College of Policing in 2018 to help on the PEQF work programme.

After completing her PhD she took on the role as director at the Canterbury Centre for Policing Research. Emma sits on the executive board for the society of evidence-based policing and the College of Policing’s professional board. Emma is a firm believer and promoter of police involvement in research, recognising the importance of their experience and their voice on the process of research and learning.