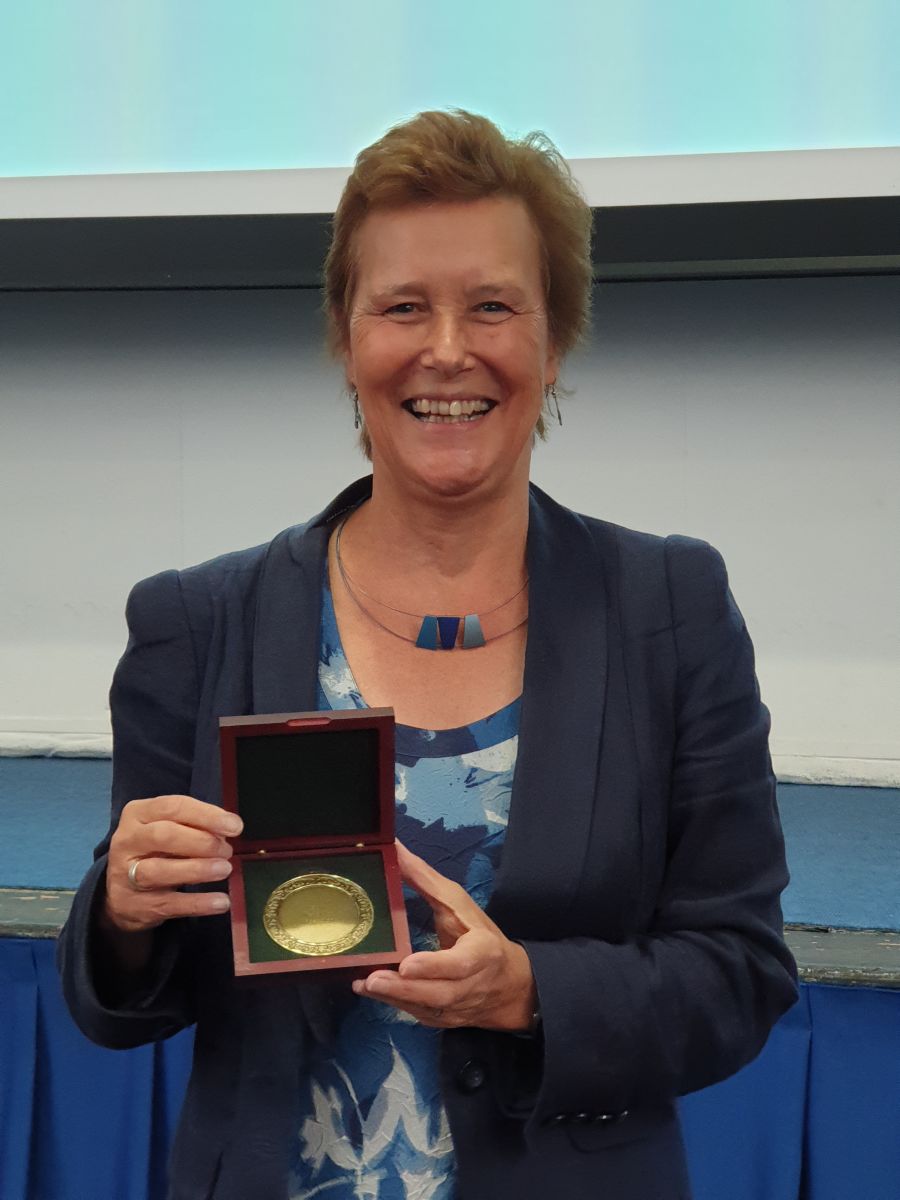 Open University Professor Jean Hartley received this year’s Medal for Research from the British Academy of Management (BAM) at its annual conference in Birmingham today (Tuesday 3 September). This was awarded for ‘sustained, original contributions to management research by a BAM member’.

Professor Hartley, who was elected as a Fellow of BAM several years ago, said: “I am greatly honoured to receive this medal from my academic colleagues across the UK and beyond. I am pleased to receive the medal not only for my own work but also on behalf of an interdisciplinary team of more than 50 academics which I lead across The Open University, and in recognition of the distinctive approach they have developed towards research and practice in partnership and dialogue with practitioners.”

She is an organisational psychologist by background, now focused on the field of public leadership and management in research, teaching and development work. Her previous posts were at the universities of Warwick, London, Sheffield and Manchester.

Since 2013, she has been Professor of Public Leadership at The Open University Business School (OUBS), researching public leadership and management. In all her work, Professor Hartley combines rigorous quantitative and qualitative research with close, interactive engagement with the world of practice.

For example, she is Academic Director of The Open University’s Centre for Policing Research and Learning, an innovative collaborative inter-disciplinary partnership between more than 50 OU academics and 21 of the UK’s 45 police forces, creating research, education and knowledge into practice, and contributing both to theory development, learning and improvements in practice.

Professor Hartley is the author of seven books and numerous articles on leadership, innovation, improvement and organisational change, and public value, in both top journals and in practitioner outlets. She has won numerous research grants from a range of sources including the Economic and Social Research Council (ESRC), charities and foundations and government departments.

A Fellow of the British Psychological Society as well as BAM, other notable achievements include being a member of the Berwick Advisory Group which advised the Secretary of State for Health in July 2013 on improving patient safety in healthcare, including leadership, following the Francis Report.

An honorary trustee of the Friends of Ibba Girls’ School (FIGS) in South Sudan, she is responsible for the monitoring and evaluation of progress and impacts at this school for girls since its inception in 2014.

The Academy's President, Professor Nic Beech, also presented medals to Dr Adelina Broadbridge of the University of Stirling (BAM Medal for Leadership) and Chris Webber of the Cabinet Office (Medal for Management Practice or Policy).

The Academy inaugurated these medals a few years ago as part of its 30th anniversary to recognise outstanding and important achievement and service. Nominations are invited from the Academy’s Council, Fellows and Special Interest Group (SIG) Chairs, and then scrutinised by the Awards Committee which makes recommendations to the Executive Committee for ratification. .