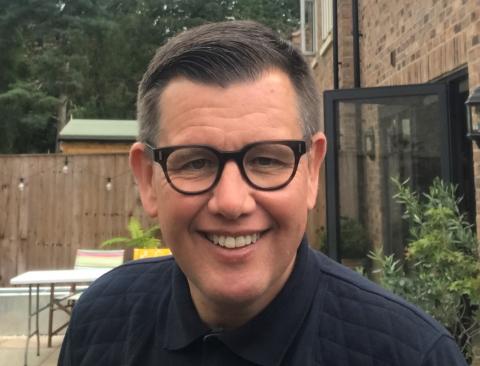 Mark Welton joined the OU in January 2021 as a Practice Tutor on the new Police Constable Degree Apprenticeship (PCDA) programme for new police officers. At the start of this 2021/22 academic year he joined the Policing Organisation and Practice Team as a Lecturer and is part of the team designing and delivering the material for the PCDA and also the highly anticipated  Certificate in Higher Education – Professional PCSO Practice.

Mark is a second career academic serving over 30 years in the Metropolitan Police Service where he enjoyed a rich and varied career. He enjoyed both operational and leadership roles in covert policing, intelligence, firearms, Operation Trident gangs command, neighbourhood policing, murder investigation and counter terrorism. There were also lead roles as part of major organisational change in response to austerity and also the introduction of technology to the front line officers.

Whilst working full time he secured a BSC (Hons) Open with The Open University and then his Masters in Public Administration again distance learning with University of Portsmouth.

On retirement from the MPS in May 2017 he embarked on his first teaching experience at FE level delivering BTEC Public Services. He secured a Level 5 diploma in education during this time and then secured a teaching position at York St John University delivering criminology and then the Degree in Professional Policing full time where he switched to the OU when the opportunity presented itself.

In order to relax he enjoys walking the Yorkshire Wolds Way (YWW) with his wife Vicky and their two border terriers, Nellie and Bert. Mark is a volunteer for North Yorkshire County Council and has responsibility for a section of the YWW ensuring that is safe for other outdoor enthusiasts to enjoy. His main hobby is clay target shooting where the only consistent thing about his shooting prowess is inconsistency. He also enjoys driving his 1997 Land Rover Defender through the countryside of North Yorkshire. That is of course when it is working and not in the garage!