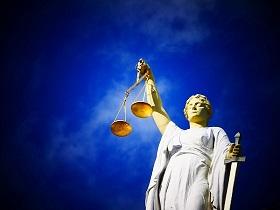 The authors Linda Maguire and Arun Sondhi are part of the Centre’s team working on the Home Office funded study, exploring the successful investigation of rape and serious sexual offences (RASSO), looking specifically at officer learning, development and wellbeing in the context of RASSO investigators. The focus of this paper is on RASSO officers’ attitudes and perceptions of the work-based support received for stress and other wellbeing related issues. They draw on three areas of data from findings in one deep-dive police force - in-depth interviews with 19 officers, a validated survey with 198 responses measuring burnout, and a review of police administrative data on 506 officers.

High levels of work-related stress (63%) and burnout were noted among RASSO officers. Survey findings suggest that the police organisationally do not take positive action on health and wellbeing despite 65% agreeing that there are opportunities for police officers to access support. 80% of survey respondents state that they work in their own free time to meet work demands with 90% stating that they do not have the time to complete their work tasks. Despite this, low levels of non-COVID related sickness and low levels of staff attrition were noted. The interviews suggested RASSO officers were very aware of the detrimental health and wellbeing effects related to work-related stress and burnout but continued to work primarily to provide support for fellow officers. The paper demonstrated that there is a wider culture of continuing to work despite being unwell to provide operational support for colleagues. There is a need to develop specific strategies aimed at a team or unit-level for this cohort of police officers, where there is an elevated level of stressful job-demands and a low perception of organisational support.

This study describes police attitudes and perceptions of health and wellbeing among police officers who work on Rape and Serious Sexual Offences (RASSO) cases. A mixed-methods approach was deployed including a cross-sectional online survey of RASSO officers and a qualitative study involving in-depth interviews in one English Police Force Area. Findings show that organisational policies have little salience. There is an entrenched culture of continuing to work despite being unwell, to provide operational support for colleagues. There is a need to develop specific strategies that reduce the stress for a team or unit-level for this cohort of police officers.

For further information about the project, please contact the Bluestone Team.