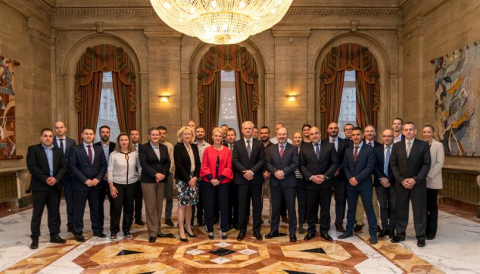 In January of this year, the United Kingdom’s Joint International Policing Hub (JIPH), together with the Bulgarian Ministry of the Interior and Strategic Expertise International delivered a five-day Security & Justice course entitled ‘Policing with Communities in Fragile and Conflict Affected States’ on behalf of the European Union Police & Civilian Services Training Programme. The course was aimed at serving police officers and civilian members of police organisations who are deployed in or have firm intentions to deploy to international policing missions at a middle management level or above.

The course was officially opened by Her Majesty’s Ambassador, Her Excellency Emma Hopkins OBE. Previously in 2016 and 2017 Ambassador Hopkins kindly gave her support with the opening address at both joint UK / Bulgaria Security & Justices courses. The course is considered the highest quality of any delivered by any consortium countries and the JIPH were asked to deliver it again in Bulgaria.

The overall objective of the Course was to increase participants’ knowledge of the key issues to consider and build the capabilities, understanding and skills required for effectively policing with different communities. In particular, it considered the role of the police mentor when working with diverse, minority and vulnerable communities, good practice in relation to engaging and working with community partners and also the development of training in fragile and post-conflict states. 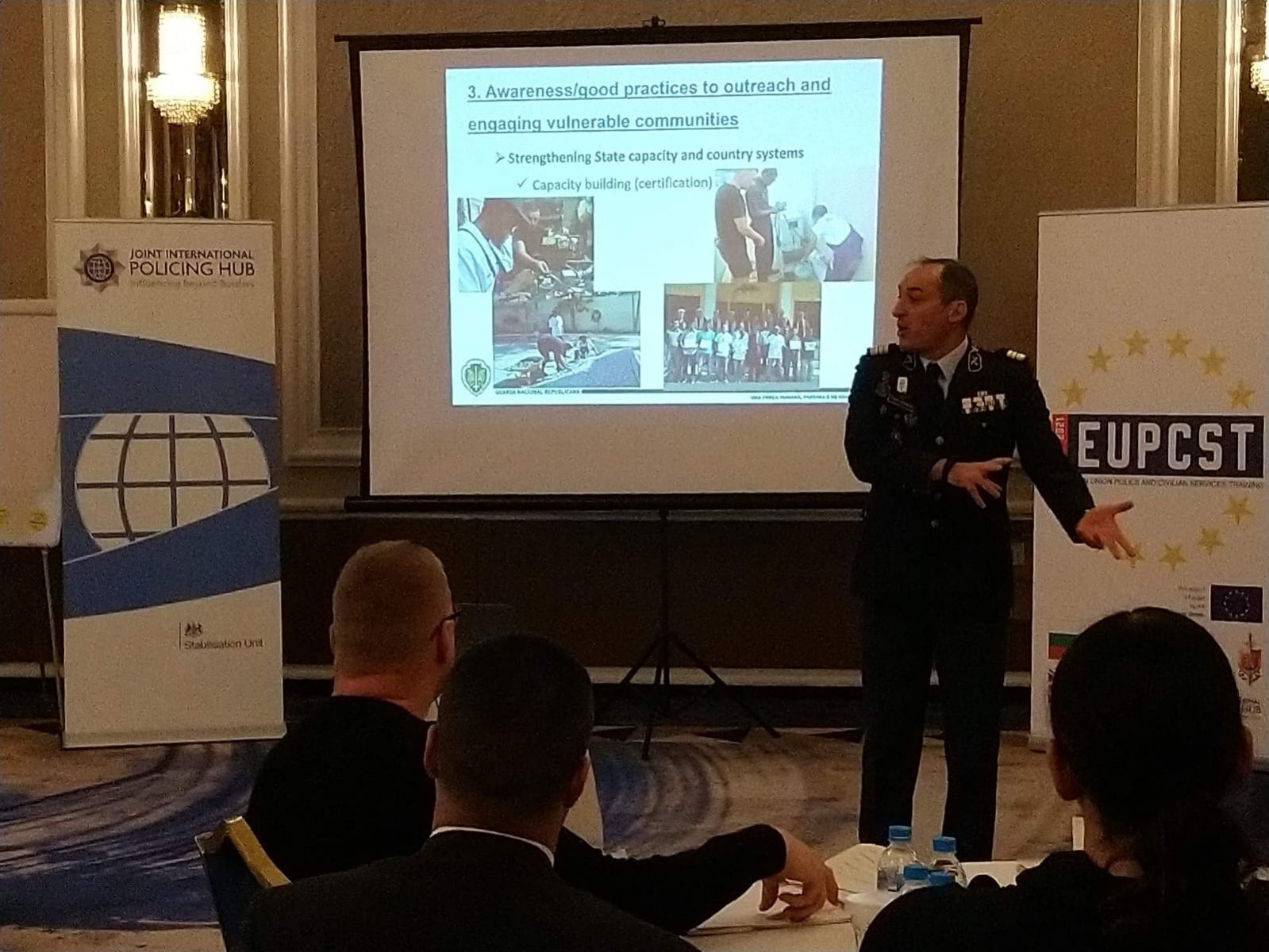 The course considered practical and theoretical elements from UK, EU and other international approaches as well as drawing on the skills and experiences of participants. It introduced case studies drawn from recent international missions.  The course was led by personnel with current international experience and consider lessons identified, the approaches required to meet differing community needs including vulnerable and minority communities, challenges/practices in relation to collaboration with other stakeholders (e.g. host governments, international donors, NGO’s and military), training and mentoring.

By the end of the Course the participants had developed a shared understanding of:

These courses are part of the European Union Police Services Training programme. A new 3 year programme – European Union Police & Civilian Services Training commenced in 2019. The programme seeks to better prepare police officers and civilians to be effective in police peacebuilding missions and to interoperate better together. After the success of the EUPST I (2011-2014) and EUPST II (2015-2019), the European Commission made funds available for the new European Police & Civilian Services Training Programme (EUPCST) 2019-2021. The Royal Netherlands Marechaussee (RNM) is the lead partner in the consortium and runs the EUPCST Programme Office.

The UK has signed a contract to be members of this programme for the next three years after due diligence was carried out with the FCO in the context of a pending Brexit. The JIPH have been given the go-ahead to continue.