Getting and sharing information: The role of voluntary sector Local Infrastructure Organisations during the Covid-19 pandemic in England 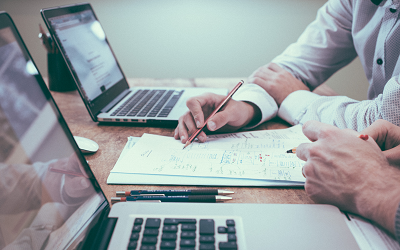 This blog, by Dr Daniel Haslam, is the second in an occasional series focussing on the role of voluntary sector local infrastructure organisations (LIOs) during the Covid-19 pandemic in England.

You can read the first, introductory post here. It frames the way LIOs worked during this period as one of ‘remaking’, ‘rearranging’, and ‘reaffirming’ what came before.

This second post focuses on ‘Getting and Sharing Information’.

Unsurprisingly, there were many tensions and complexities involved in terms of the ways LIOs engaged with information during this period. This was not dissimilar to their role before the pandemic in acting as both a conduit and source of information for communities and partner organisations. The Covid context meant demands were increased and the pace of information sharing and change in relevant information increased greatly.

Information for the voluntary sector

LIOs experienced a large amount of pressure to engage with information produced by a variety of different sources, both national and local. Most found particular value in the availability of local information from councils and the NHS. Decisions made by organisations, such as whether to close or to remain open, were often made in the face of fragmented information and this resulted in different decisions being made in different organisations but for equally logical reasons.

As the pandemic continued, where good previous links existed between LIOs and public sector colleagues these were leaned on heavily. Often the ability to leverage these links to produce useable information depended specifically on positive personal relationships. Unfortunately, where those previous links did not exist, information was comparatively difficult to access. LIOs also relied on information from national voluntary sector organisations, such as NAVCA (mentioned by several participants). They cascaded that information out to other voluntary sector organisations ‘on their patch’.

Information about the voluntary sector

In addition to spreading information out to the wider sector and communities, LIOs also received information from those sources. Notably, the Covid community support (sometimes referred to as ‘mutual aid’) groups very quickly became a source of additional information and action. New issues were identified through community contacts, such as child mental health.

Another key aspect of the way information was used by LIOs during this period was in the formal volunteering response to the pandemic. Covid community support seemed to develop primarily without the direct intervention of LIOs in the first instance but alongside this (and at times because of the absence of this) LIOs processed a much larger number of volunteers and offers of help. This at times included taking over initial public sector attempts to coordinate responses. In addition, LIOs had to balance the information given to the public about national volunteering schemes, for which there was varying enthusiasm locally, particularly in relation to how information about the scheme was spread and communicated.

Of course, the vast majority of this information gathering, and sharing, took place in non-face-to-face environments – phone calls, messaging, video calls, emails, etc. – and this created additional demands on organisational capacity and staff.

So, how might we think about getting and sharing information in terms of ‘remaking’, ‘rearranging’ and ‘reaffirming’?

Keep checking the CVSL blog for more information about our LIO research. The next post will be out soon…