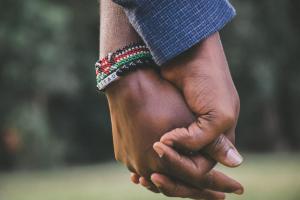 What impact do Burundian norms have on teenagers’ sex education? Adolphe Bahimana illustrates how cultural expectations built on local traditions and Christian heritage make discussions about sex taboo across society. The consequences of a lack of sex education for Burundian youth mean parents, governmental and local institutions should engage in a more open conversation, particularly for young girls’ health and development. Adolphe Bahimana is a demographer who graduated from the Institut de Formation et de Recherche Démographiques (IFORD) at the University of Yaounde II in Cameroun in 2011. He is currently teaching at the École Normale Supérieure (ENS) in Burundi. He is also a PhD Candidate in Demography and Reproductive Health at the University of Burundi.

In Burundi, 23.7% of the population are teenagers. Within that, 13.3% are aged between 10–14 years old and 10.4% between 15–19 years old. The height of the numbers reveals an important distribution, given the proportion of children for whom sexuality is starting to grab their attention. Here in Burundi, parenting practices tend to promote abstinence for teenagers and insist that young girls should not have sex before marriage. In practice, however, things are different. Indeed, sex before marriage for teenagers is a common occurrence.

These outcomes are the result of Burundian sexual mores hindering teenagers’ sex education. Parents, the government and other relevant local administration bodies should participate in educating teenagers about their sexuality and promoting sexual equality.

Social and religious norms on sex in Burundi

In Burundi, sexual mores are derived from both societal and religious traditions, which renders sexuality ‘taboo’ and advocates the practice of sex within marriage only. According to these norms, maintaining a woman’s virginity until marriage is a family honour and a sign of her good education. Virginity is also a valuable factor for a girl’s dowry on her wedding day, and all forms of sexuality outside marriage – i.e. prostitution, premarital or extra-marital sex and pregnancies – is negatively perceived in Burundian culture. Such practices are socially condemned and lead to the stigmatisation of young girls. The marital home is consequently the only place when sex and procreation is socially accepted.

The Christian religion widely adopted in the country has also contributed to the reinforcement of such norms and perceptions around sexual practices. Traditional Christian values project sex as sacred and only permitted within the context of marriage. Importantly, Christian churches still advise against all forms of contraception and practices aimed at preventing births.

Sex education is also informal through the transmission of societal norms. According to Burundian tradition, each child is under the responsibility of her/his parent of the same gender: the mother is responsible for the daughter’s education and the father is responsible for the son’s. But sexual and culture norms make conversations about sex between parents and their children difficult. Thus extended family members often assume the role of educator. For instance, an aunt will provide advice to a daughter about marriage, family life and romantic relationships. An uncle or older brother assumes a similar role for a son. Due to a lack of information and open discussion on sexuality and family planning within the home, however, teenagers seek information elsewhere.

Moreover, by making sexuality taboo, existing sexual norms have a disproportionate impact on young girls, leading to unwanted pregnancies, risks of sexual diseases and a limited education resulting from school dropouts. Young girls educate themselves on these topics using the internet and from peers. While some may be lucky of access accurate information, for many this is not the case with severe consequences. Young girls living in urban areas are also more at risk because of their exposure to unhelpful information from media and social networks.

It is crucial to establish a framework of communication within families and across the nation for more open discussion to preserve the health of young people and their futures as adults. It is important for this social framework to educate both girls and boys in the process, because it is from this simultaneous education that we can achieve teenagers’ sexual safety.